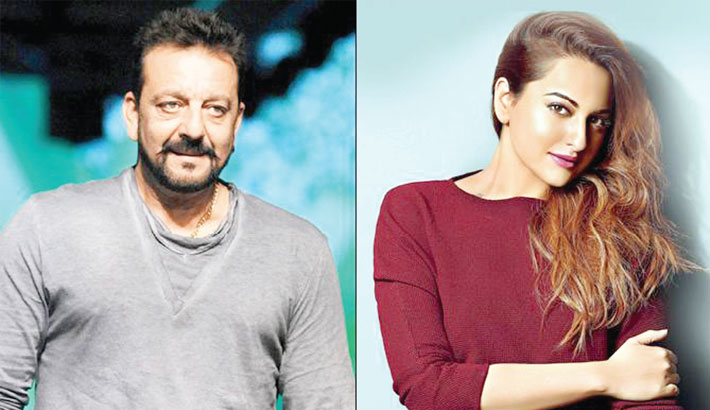 It was only a fortnight ago that several Bollywood celebrities - including Sanjay Dutt, Aamir Khan, Sonakshi Sinha and Varun Dhawan - announced their association with Sri Sri Ravi Shankar's campaign for a drug-free India, reports Mid-day.

Before the initiative kicks off at Chandigarh University on February 18, mid-day has learnt that the stars have planned roadshows as they travel from one college to another in a bid to spread the message among students.

Producer Mahaveer Jain, who is one of the organisers behind the Drug-Free India campaign, says, “We will launch the campaign at the Chandigarh University in Mohali at 11 am, in the presence of thousands of students. Sanjay, Sonakshi, Badshah, Kapil Sharma and Varun Sharma will be present at the event along with Sri Sri Ravi Shankarji, where students will pledge against using drugs. From there, we plan to head to the next university as a caravan, where the stars will travel with the students, thus giving the youngsters an opportunity to interact with them. We plan to replicate the format in the other cities. We want to make it a people’s movement where they can participate and engage with the stars; hence, the road shows.”

The producer adds that the team is currently in the process of procuring the permission for the Mohali and Hisar leg of the promotion. “We are working on getting a final police permission as the crowds may pose a security concern.”

Rumours suggest that Aamir Khan may participate in the events that are scheduled in Mumbai. However, Jain clarifies, “We are planning to have the next event in March. We will invite Aamir only after we have zeroed in on the city; right now, it’s a toss-up between Mumbai and Delhi. Aamir has promised to lend his support to our journey, as has filmmaker Karan Johar. Sanjay, Kapil and Badshah will be part of all the events across the country. In fact, the trio and Sonakshi were so supportive of the campaign that they paid for their flight tickets to Punjab. They didn’t charge a penny.”