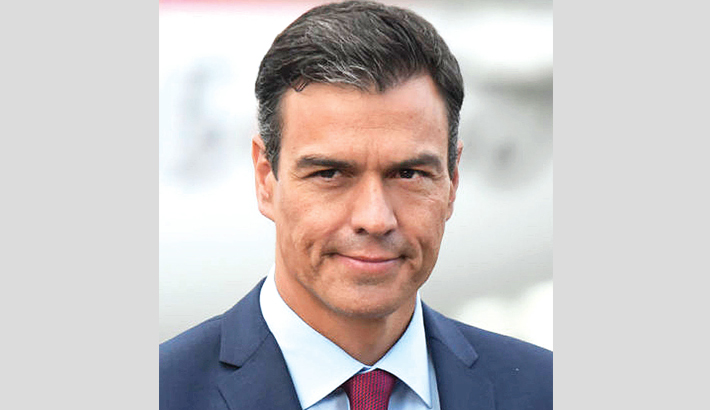 MADRID: Spain’s prime minister on Friday called an early general election for April 28, the third in less than four years, after his draft budget was rejected in parliament over the Catalan secession crisis, reports AFP.

“Between two options—not doing anything and continuing without a budget, or... giving Spaniards their say—I choose the second,” Pedro Sanchez told reporters, before announcing the date.

Sanchez took power just over eight months ago after he ousted his conservative rival in a dramatic parliamentary no-confidence vote, but it has been a turbulent term.

At the head of a fragile minority government, the 46-year-old had to rely on the support of unlikely bedfellows in parliament, including the far-left Podemos party, Basque nationalist lawmakers and—crucially — 17 Catalan separatist MPs.

On Wednesday, Catalan MPs joined right-wing lawmakers in rejecting his budget. They withdrew their backing in protest at separatist leaders being put on trial for their role in a 2017 attempt to break Catalonia from Spain.

Even before Sanchez’s announcement, the socialists had already adopted a campaign-like tone, accusing Catalan separatists and conservatives of blocking a budget that included many social-spending measures after years of austerity.

He highlighted his government’s short track record—from a 22 percent rise in the minimum wage to fighting against energy poverty. “It’s the end of an atypical, turbulent term,” said Paloma Roman, politics professor at Madrid’s Complutense University.