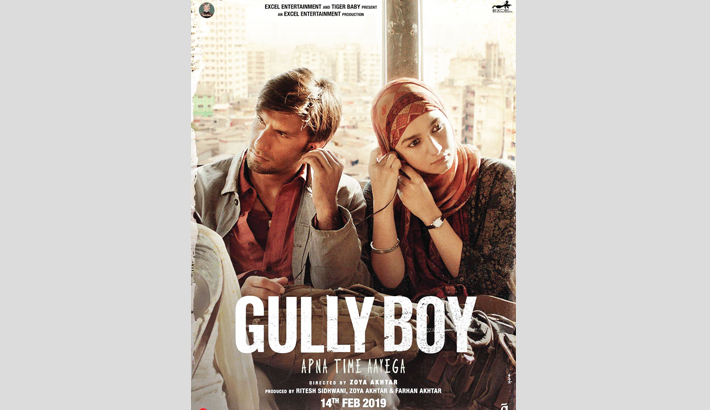 Zoya Akhtar directorial Gully Boy has got a double-digit start at the box office. The film has collected Rs 19.40 crore on its opening day, reports Indian Express.

Inspired by the story of underground rappers Divine and Naezy, it has Ranveer playing the role of Murad, a young man trying to break free through his street rap. Trade analyst Taran Adarsh revealed on Thursday that the musical drama has released on 3350 screens in India and a total of 4101 screens worldwide.

According to film trade expert Girish Johar, Gully Boy was expected to earn Rs 15 crore on its opening day and maintain its stronghold with a positive word of mouth.

The Indian Express film critic Shubhra Gupta gave the film a three and a half star rating. Shubhra wrote, “(Ranveer) Singh brings a restrained swagger to the part: there is a gentleness to his anger. His Murad shows that Singh can tamp down on his characteristic boisterousness to create something of value, even though sometimes you can see the effort show.”

She added, “But, ultimately, this is a film to enjoy. In today’s India, to bring a Murad and Safeena, their Muslim-ness a matter-of-fact statement, into centre-stage, to give traction to those who live on the wrong side of the tracks, is an act of bravery. ‘Inka time aa gaya’. Rap along.”