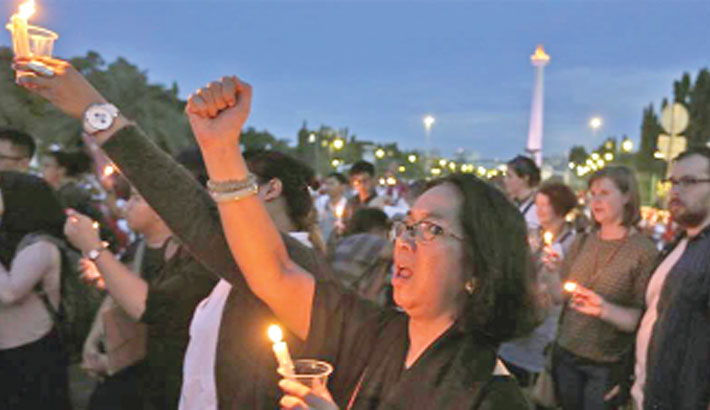 Jakarta: Government efforts to tackle sexual violence in Indonesia have triggered a backlash from conservative religious groups and others claiming the proposed law violates Muslim values, puts too much emphasis on women’s rights and promotes sex outside marriage, reports Al Jazeera.

Backed by an aggressive social media campaign, an online petition calling for parliament to reject the Draft Law on the Elimination of Sexual Violence has been signed by almost 150,000 people since its launch two weeks ago.

“Forced sexual activities will be chargeable offences [under the law], even if it’s a wife rejecting her husband’s advances. Yet consensual sex, even if it’s outside of marriage, will be permissible,” Maimon Herawati, the campaign’s creator, wrote in the petition.

The draft law defines forms of sexual violence that are not covered under existing legislation, such as sexual harassment, sexual exploitation and forced prostitution. It is designed to make the criminal justice system more supportive of women reporting such crimes.

But critics reject the bill saying it implies any consensual sexual activity, including homosexuality, is acceptable because it does not specify that sex should only take place within a marriage.