Your rights as an airline passenger 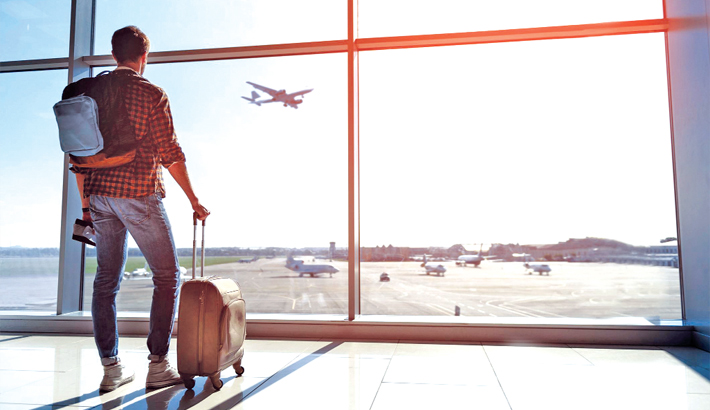 With Thanksgiving rapidly approaching, travel season is officially upon us. And while employees of airports and airlines do the best they can to avoid any missteps or conflict, mishaps are bound to occur.

Given the odds, it’s important to know beforehand what are your rights as a passenger in terms of air travel. If you’re unsure, check out Airhelp.com. According to the website, “Air passenger rights involve specific laws that support travelers and advocate for some kind of compensation when people face flight disruptions caused by airlines.”

In short, passengers have legal rights when flying on an aircraft. For instance, if your flight is canceled, delayed or overbooked, or if you are denied boarding, you are entitled to compensation, a full or partial refund or to being rerouted. You should also be given accommodations if the inconvenience continues overnight.

But what if you come into contact with law enforcement while in the air during the holiday season? In the current political climate, it’s important to know your rights before traveling.

Your bags can always be searched

According to the ACLU website, regardless of whether or not your bag passed the initial screening, screeners and law enforcement have the authority to conduct another search on your baggage. However, they cannot do so based on your race, religion, gender or ethnicity.

Your constitutional rights of freedom of speech and religion remain intact

The ACLU also reminds passengers that while hate speech and making accusations based on stereotypes are not permitted, your freedom of speech and religion remain intact. For instance, you are allowed to wear a religious head covering and can refuse removal of the garment, but you are subject to a pat down if requested by authorities.

However, the organization reminds passengers that “questioning individuals about their religious and political beliefs, associations, and practices can infringe upon rights guaranteed by the Constitution and federal law. If you are a U.S. citizen or lawful permanent resident, you do not have to answer questions about your religious beliefs and practices or political opinions, and you cannot be denied entry to the United States for declining to answer such questions. If customs officers persist in asking you such questions, you can request to see a supervisor.”

You can carry your breast milk with you

For many moms, the concern over whether they can carry breast milk or formula surpassing the required 3 ounces onto a plane is a great one. However, so long as the mother notifies officers at the security checkpoint beforehand, they are able to carry it onboard. Be aware, however, that it will be checked.

Your rights vary by airlines

Some international airlines, such as Royal Jordanian, believe that once you are on their airline, you are officially on their soil; meaning that you are now subject to their laws. Therefore, you may not be afforded the same constitutional rights you are on a United States domestic flight. Before taking an international flight, read the airline’s website to be aware of when the change in jurisdiction begins.

Your race, beliefs and state of origin do not increase searches

The ACLU reminds you that “it is illegal for law enforcement officers to perform any stops, searches, detentions, or removals based solely on your religion, race, national origin, gender, ethnicity, or political beliefs.” If you believe that you are being stopped for one of these reasons, you have the right to speak to a supervisor.

The Travel Service Administration is expecting a record-breaking number of air passengers over the next week, to the tune of almost 25 million passengers. Knowing your rights, especially during this hectic time, can insure that you have a safe and happy experience both at the airport and while in the air.