Aishwarya reveals what she and Abhishek argue about 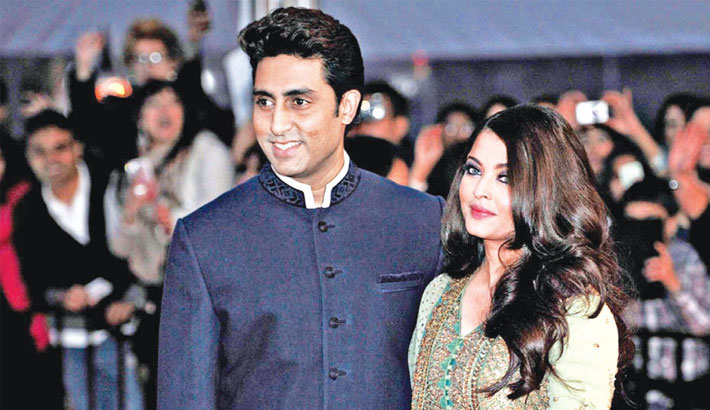 Actor Aishwarya Rai Bachchan said that she and husband Abhishek Bachchan are still figuring out the fine line between polite discussion and an argument, reports Hindustan Times.

Speaking during an interview with Famously Filmfare, Aishwarya was asked what the couple argues the most about.

While Aishwarya laughed the question off at first saying, “You don’t want to know,” she added on a more serious note, “We’re both genetically very generously been given very strong genes. So, we’re inherently very strong personalities. I think there is a very fine line between arguing and discussing and that’s something we’re still arriving at discovering what is what. So, we discuss a lot, either politely put it as discuss, probably argue but…” When asked if any particular habit of her husband leads to arguments, Aishwarya said, “It has been 12 years and how many years before that we’ve known each other as friends. We’ve known each other through quite a long time. We’ve always conversed a lot and communicated a lot, in all its shades, in all the colours of the rainbow.”

Aishwarya and Abhishek have been married for 12 years now. On the same show, the actor spoke about how Abhishek proposed to her on the sets of Jodhaa Akbar. “Ashutosh (Gowariker) is like ‘you are engaged’ and I am like ‘yeah’. Meanwhile, Duggu gave me an excited thumbs up. We’re doing Khwaja Mere Khwaja, sitting as a bride, and I am like, oh my god this is surreal, all happening on-screen, off-screen, this is bizarre,” she continued.