Thousands of bats drop dead due to heatwave 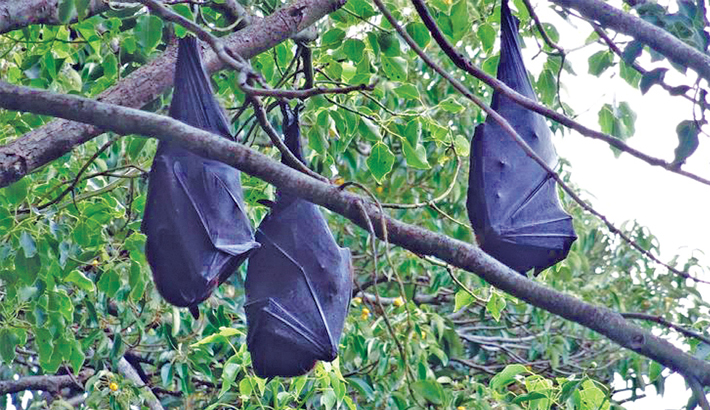 Dozens of families in and around the city of Cairns, in Australia, have been forced to temporarily abandon their homes after flying foxes started dropping dead on their properties due to the unbearable heat.

Cairns residents started reporting massive numbers of spectacled flying foxes dropping out of trees on Monday, when temperatures in Australia’s Queensland region rose to above 40 degrees Celsius. According to animal experts, the nocturnal mammals cannot sustain an internal temperature of over 40 degrees, and with no way to cool off, their organs start to shut down and they eventually die. Wildlife rescuers have been working around the clock, using using spray bottles and drippers too cool off and hydrate the helpless creatures, but there’s only so much they can do. The flying fox colonies in the Cairns area have already sustained heavy losses and the number of fatalities is expected to rise for as long as the heatwave continues. But apart from the environmental issues, the massive number of dead bats rotting away so close to people’s houses has now become a become a serious public health issue as well.

Some people have reported several thousands dead bats on their properties, and despite authorities’ best efforts to have them cleaned up, many of them have already started rotting because of the heat, intoxicating residents with the unbearable smell and exposing them to various diseases.

“We’re talking acres and acres of dead bats,” Edmonton resident Pip Schroor told Tropic Now. “Last night I drove my kids to Gordonvale to stay with friends because the smell was coming through the air cons and burning our skin, so my walls and sheets are impregnated with the smell.They’re maggot-ridden and there’s blood dripping from the trees.Yesterday I had maggots all over our floor and I couldn’t figure out where they were from but we probably have dead bats on our roof. It’s a horror movie and it’s been a horror movie since Monday.”

Fellow Edmonton resident Lisa Eagleton described a similar nightmare, with hundreds of bats rotting away in plastic bags and garbage bins that stay out in the sun all day. She also lamented the lack of assistance from the Queensland Council, and praised volunteers for organising on social media and coming to work in stomach-churning conditions. 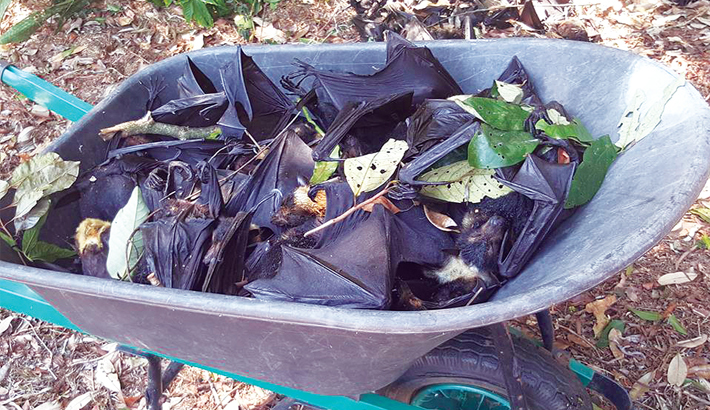 “Everybody else has palmed us off, the National Parks and Wildlife Service, Biosecurity Queensland, Queensland Health, nobody would touch us,” Eagleton told Tropic Now. “We had to have masks and people were throwing up, they were gagging and there’s been no assistance, everyone’s palmed us off. It’s just horrific and it’s like nobody cares.”

One possible reason why many people may be reluctant to get anywhere near the thousands of dead and dying bats is the high risk of infection with deadly diseases. Dr Richard Gair, Cairns and Hinterland Hospital and Health Service’s Director of Public Health, said that the flying foxes may be infected with Australian bat lyssavirus, adding that anyone cleaning up dead bats should ideally have had a full course of vaccination for rabies, wear adequate protection and use a shovel rather than their hands.

But people like Lisa Eagerton say that they have no choice but to adopt a literal hands-on approach to remove the bats from their properties. Lisa admits that despite taking precautions she has been both bitten and scratched by the dying animals.

“I have no choice but to get in there and do it because they are in my backyard and we have pets, we have children,” she said. “We need help.”