The indigenous people of Chattogram have been struggling to establish their rights for so many years. Crisis of these people was initiated when after the partition of the sub-continent Pakistani establishment began settling Bangalis of the plain land in the hill tracts area. They constructed Kaptai Hydroelectric Project in 1962 which devoured about 40 percent of the prime land including the Chakma Royal Palace. Thus nearly one lakh people of these ethnic minority communities were rendered homeless and many of them eventually migrated to Arunachal Pradesh of India. In the post Liberation War Bangladesh (before forming the Constitution), a delegation of hill people led by their Member of Parliament Manabendra Narayan Larma (also familiar as MN Larma) met with Prime Minister Sheikh Mujibur Rahman and claimed for autonomy and recognition of their identity, but he did not entertain their demands. Consequently indigenous people of CHT headed by Larma formed the Parbatya Chattagram Jana Sanghati Samiti in March 1973 for safeguarding the interests of the hill people. A few months later an armed wing called the Shanti Bahini was added to it. After the assassination of Bangabandhu in August 1975, crossing the border Larma went to India. In the following two years the number of members and weaponry of the guerilla force swelled and they began conducting their activities allegedly from India’s Tripura. In 1977, they ambushed a military convoy and following that attack Bangladesh Army strengthened its position in the area and started counter insurgency operations. Then military government reintroduced a planned programme of settling Bangalis in the CHT in 1979. And due to all these reasons a bloody conflict between the Bangladesh security forces and Shanti Bahini began. For the next two and a half decades, the indigenous people of the Chattogram Hill Tracts were subjected to serious human rights abuses including large scale massacres, rape, arbitrary detention, torture and extrajudicial executions. Finally, in order to bring an end to this long-term crisis, on December 2, 1997, Abul Hasnat Abdullah from National Committee on Chittagong Hill Tracts and Parbatya Chattagram Jana Sanghati Samiti (PCJSS) president Jyotirindra Bodhipriya Larma (also known as Shantu Larma) signed a historic peace accord in presence of the then Prime Minister Sheikh Hasina. Ahead of the 21st anniversary of the peace accord, this week ‘morning tea’ will try to analyse how many of the promises of this pact have been implemented so far and what is the current situation of Chattogram Hill Tracts.

The Chittagong Hill Tracts Peace Accord erased Bangladesh’s name from the list of countries which are going through civil war. Subsequently the then Prime Minister achieved some prestigious international awards for her crucial role in ending the long bloody battle. In the following twenty one years, Bangladesh was served by several governments. Unfortunately none of them could implement the peace accord completely. According to the government, 48 of the 72 clauses of the accord have already been implemented while PCJSS claims that only 26 clauses have been implemented so far. In the peace accord the government assured that it would withdraw all the temporary military camps from the area but still there are 400 temporary army camps in CHT. Outside the civil administration they are controlling everything there. To implement some of the clauses of the accord laws have been passed or amended in accordance with that treaty but the government has not made necessary rules for implementing them. It means these laws cannot be applied. Besides, a number of laws need to be amended in line with the pact. 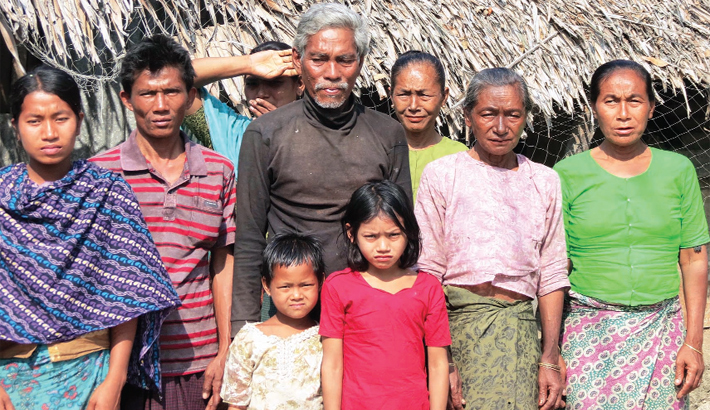 More than two decades after signing the accord the land issue still remains as the biggest problem for the people of ethnic minorities in CHT. Resolution process of land-related disputes has not started yet despite the fact that two years have already passed after amending the CHT Land Dispute Resolution Commission Act 2001. Article 18 of it assured of formulation of the rules as soon as possible but the government has not finalized the draft. Thus beginning of hearing or judicial process regarding the resolution of land disputes of the Commission is not being made possible. It is mentionable that albeit the Land Commission was formed, it does not have necessary manpower and fund. The head office of the Commission was founded in Khagrachhari, but no branch office has been established yet in Rangamati and Bandarban. Many people of indigenous communities of CHT believe that if the land issue is settled, many problems of the region could be resolved.

The government formed an authorised body named the CHT Peace Accord Implementation and Monitoring Committee to review the progress of implementation of the accord on a regular basis but the committee is not functional. It is yet to get an office and receive any fund and manpower to work. The CHT Regional Council and three CHT district councils were instituted to introduce a special governance system in the hilly districts but these councils have turned into the platform for exercising power and making illegal money. The establishment of the CHT Regional Council’s head office is still pending as well. Since 1979 the government took around five lakh Bangalis from the plain land to the CHT area and got them settled there. Now their number has increased to around seven lakh. Though the government once recognised the CHT area as a tribal-populated region and also addressed the necessity of its protection in the first clause of the peace accord, now it seems unwilling to take any step when the area is losing its original character. Even during 1970s the percentage of indigenous people was more than 80 in the CHT region, but now in 13 upazilas out of 26 upazilas of 3 CHT districts the majority of the population are Bangalis. According to the peace accord, the government promised to relocate the Bangalis and rehabilitate them outside the CHT area, but breaching the accord they have included outsiders in the voter list as the permanent residents of Chattogram Hill Tracts.

Moreover appointment of the permanent residents in all the jobs available in CHT has not been ensured with priority to the people of indigenous communities. Apart from that still the India-returnee refugees of ethnic minorities and internally displaced indigenous families have not been rehabilitated appropriately by returning their lands and homesteads to them though it was one of the vital assurances of the peace accord. Besides, the government has not formed a local police force and amended the Police Act 1861 and the Forest Act 1927 yet, though these were promised in the accord. Due to various reasons, a clear conflict between the indigenous people and Bangalis exists in the CHT region. People from both of these communities are not satisfied about their position there. Often this discontent gives birth to volatile outbursts there. As a result the mass people of this area have experienced at least 20 communal attacks since the signing of the CHT Peace Accord. In most cases main purpose of these attacks was to drive away indigenous people from their own land. 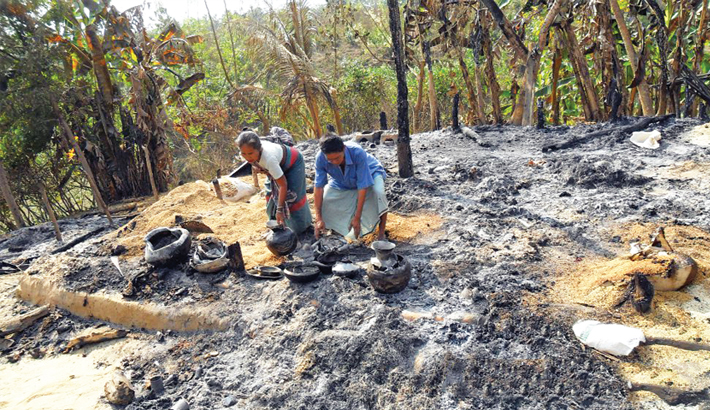 Aggressive attitude of the Bangali settlers of the CHT area has helped the regional political parties (which are mainly dependent on the region’s ethnic communities) to gather support of the local indigenous people. But different internal and external forces and intra-party conflict have broken their unity. Once recognised as the single political platform of the ethnic minorities the Parbatya Chattagram Jana Sanghati Samiti (PCJSS) is now divided into four parts. One year after signing the Chittagong Hill Tracts Peace Accord on December 26, 1998, a fraction led by Prasit Bikash Khisha left the PCJSS and formed a new party named United People’s Democratic Front (UPDF) demanding full autonomy of the CHT region. On the other hand, since signing the peace accord PCJSS has been claiming for complete implementation of the Chittagong Hill Tracts Peace Accord leaving their previous demand of ensuring full autonomy. In 2007, another group of PCJSS headed by Shaktimaan Chakma separated themselves from their main party and in 2010 they launched a new outfit titled PCJSS (MN Larma) challenging the leadership of Shantu Larma. Last but not least, a faction of UPDF led by Tapan Jyoti Chakma revolted in November last year with a view to ensuring full autonomy by participating in the democratic process and reorganised them under the banner of UPDF (Ganatantrik).

This internal difference between different factions is the result of the discontent of some ambitious interest groups. And it has brought nothing meaningful for the people of ethnic minorities. Whenever PCJSS and UPDF were divided, every time organisers stated that they have left their previous organisation for ideological reasons. But the inhabitants of the hill region feel that the politics for the rights of ethnic minorities has devolved into racketeering and extortion from NGOs, aid agencies and local people, as well as arms smuggling. The four groups are extracting from wood trade, kitchen markets, cattle markets, transports and many other sectors, each in their own turf and fighting each other to grab more ground. The frequent abductions of indigenous people and Bangalis are also a big source of their income. According to the locals, they provide monthly donation to these parties and maintain good relationships with them only to stay safe. They are afraid of informing law enforcement agencies about their haplessness as they fear of retaliation.

Twenty one years after the signing of the Chittagong Hill Tracts Peace Accord the CHT is still burning and hundreds have been killed in the hands of their own people. Law enforcement agencies have been unable to nab the key players behind these incidents. Moreover, different human rights organisations often put the blame on the state forces for torturing the indigenous people. But when these accusations are placed against the lawmen, no government authority sheds light on them. At the end of the day, it is the hill people who ultimately suffer in such situations. If all the clauses of the CHT Peace Accord would be implemented in time, these unfortunate people could have avoided this bloody crisis. And in that case no one could ask questions about the political will and cordiality of the state to keep its promises.