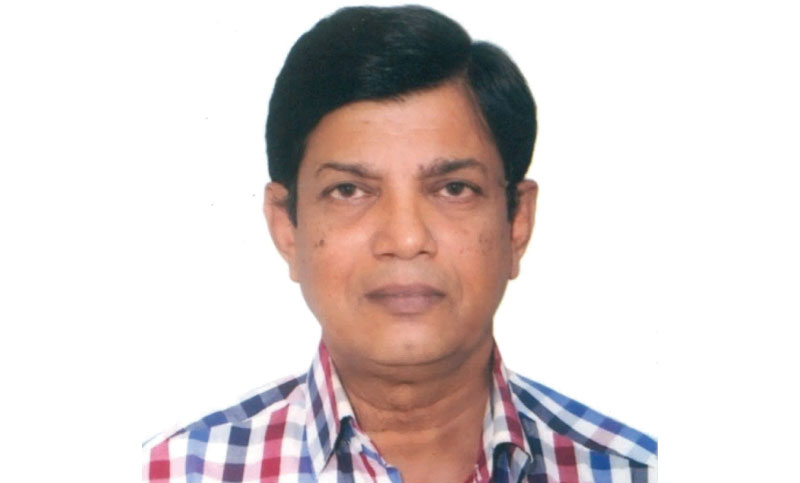 Unemployment means the state of being without any opportunity of earning one’s livelihood. Unemployment, especially youth unemployment is a world-wide problem. No country in the world can boastfully claim that she is absolutely free from youth unemployment. But nowhere in the world is this problem as acute as in our country. Why is the problem so acute in Bangladesh? The reasons are not far to detect; rather it is easily noticeable.

To begin with, our country is far from being industrially prosperous as yet. There are few large industrial undertakings and business houses, while medium, small and cottage industries are not in a flourishing condition. The mills, factories and the service sectors that we have can offer employment to a limited number of young people. Similar is the case with the agricultural sector as this sector has almost got saturated in terms of engaging in workers.

Bangladesh is a country of more than about 160 million people. According to the Department of Youth Development, people within 18-35 years are called young people and this segment of people accounts for close to 33 per cent of its population. The median age of the people of our country is a little over 26 years. Thus Bangladesh is splendidly positioned to reap the benefits of this “demographic dividend”. But how many of the youth have the opportunity to enter the job market? In view of an official statistics, overall unemployment rate is 4.2 per cent in Bangladesh. However, youth unemployment rate is estimated at 10.6 per cent. What do these young people do? Are they studying? Are they going through a number of training courses imparted by various public and private institutions? No, not all of them; the share of youth within the total youth population in the country who are neither in education nor in employment or training (NEET) is 29.8 per cent.

Bangladesh for the past few years has made remarkable progress in terms of GDP growth. Its economic growth has been consistently high during the past decade. In fiscal year 2017-18 it reached a record high of 7.86 per cent, a growth that has only been matched by China and India - the two economic giants of Asia. Ironically, our economic growth has not kept pace with the rate of job creation for our young workforce. These youths seem to have been in NEET due to lack of jobs or they could be in quest of jobs in abroad. Paradoxically, young people who are more highly qualified face greater problems in securing a job. According to the Labour Force Survey 2016-17, unemployment among the youths who have received secondary level education is 13.4 per cent. Higher unemployment among the educated youth is both owing to inadequate regular salaried jobs and their unwillingness to join low paid informal jobs. In Bangladesh more than 80 per cent jobs are in the informal and unrecognised sectors which are low paid, less sustainable and less worker friendly. Whatever the reason is, the reality is that our education system has failed to equip the educated youths with right skills- set to be employable in the job market. Thus, the country is being deprived of much contribution from this large workforce since the full potential of this young population remains unutilised.

But we have to admit glaring fact that the fall-out of youth unemployment is profound and multi-dimensional. If not addressed properly it can pose a serious threat to social, economic and political stability of this country. Not only can it lead to depression, demoralisation, loss of self-confidence but also brings a lot of stress to societies and establishments. Research has shown that crime rates are positively related to youth unemployment and, needless to say, Bangladesh today is increasingly encumbered with those problems.

The solution to such high youth unemployment lies in the fabric of our education and economic system. The structure of employment generation in Bangladesh is as such that industry makes up 20.4 per cent, while the service sector accounts for more than 40 per cent of total employment. The rest 40 per cent employment lies with agriculture, even though agriculture’s share to GDP is less than 15 per cent. So, non-agricultural sectors have to have more employment opportunities with manufacturing sector taking a crucial role in matters pertaining to create right types of jobs for the right types of skilled persons. Though the manufacturing sector has potentials for higher employment, the sector is today is feeling the pressure of being automated to increase productivity and stay competitive. This clearly indicates that labour intensity will decline.  But if the scale of operation is expanded, there may be need for more workers. But without skill development the existing workforce will not be able to cater the demand of the newly flourished job market.

Another prospective area is small and medium enterprises. Recently, a number of undertakings have emerged which is another source of employment. Most of these start-ups are run by innovative dynamic young people who generated jobs for other instead of looking for source jobs for themselves. These new sets of entrepreneurs need to be provided with favourable policy measures including access to finance, better infrastructure, improved logistic and needful fiscal incentives. The government has to devise concrete plans so that rapid GDP growth is accompanied by high quality and a great number of jobs.

Given the low productivity and employability of our young workforce, the void is being fulfilled by hiring skilled workers from neighbouring countries. So quality of education and appropriate skills are basic requirements to increase productivity for the youth. Seemingly, to make it happen, investment in education sector must be raised to 5 per cent from its current level 2 per cent of GDP. Side by side, the private sector has to provide and ensure skill development by offering apprenticeships and setting up training institutes. The fact needs to be acknowledged and experiences in other countries as well show that technical and vocational training increases the possibility of finding jobs both for the educated and uneducated. Sector-wise skills are badly needed for enhancing their capability, improving productivity and building entrepreneurship.

During the latter half of the 20th century, many East Asian countries were able to take advantage of their demographic dividend and flourish a faster pace. At present in many developed countries, especially countries in Europe and North America, people are aging fast with the result economic growth in those countries diminishes with almost every passing year. In Bangladesh, if the youth workforce is engaged in economic activities in a well-coordinated manner, they substantively contribute to increasing GDP, more consumption, more savings, and higher productivity and last but not least accelerated pace of investment. With a faster economic growth and several opportunities emerging, a change, a transformation on the horizon of Bangladesh seems imminent. Let the prospective youth of ours to play pivotal role in this transformation. Let the younger generation build a new Bangladesh in line with their long cherished dream.