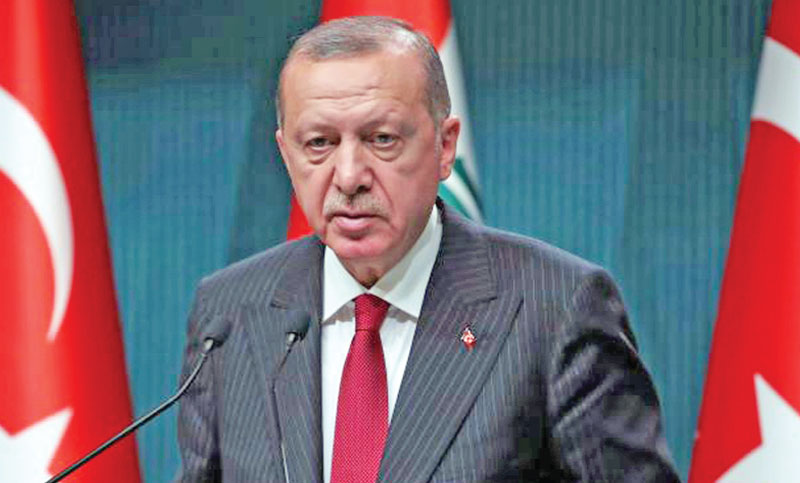 ANKARA: Turkey’s President Recep Tayyip Erdogan said the order to murder Jamal Khashoggi came from “the highest levels” of the Saudi government Friday as he promised no let-up in the hunt for his killers, reports AFP.

A month on from Khashoggi’s murder in the Saudi consulate in Istanbul, Erdogan said he did “not believe for a second” that King Salman was to blame.

But he pointedly failed to absolve Crown Prince Mohammed bin Salman of responsibility for unleashing a “death squad” against the outspoken Saudi journalist whose death has badly tainted the kingdom’s de facto ruler.

And in an editorial for Khashoggi’s former employer, The Washington Post, Erdogan accused authorities in Riyadh of refusing to answer key questions about the murder, despite their arrest of 18 suspects a fortnight ago.

Erdogan’s comments came shortly after one of his top lieutenants charged that Khashoggi’s dismembered body was “dissolved” in the consulate as part of an effort to leave no trace of the killing.

“Over the course of the past month, Turkey has moved heaven and earth to shed light on all aspects of this case. As a result of our efforts, the world has learned that Khashoggi was killed in cold blood by a death squad, and it has been established that his murder was premeditated,” Erdogan wrote in The Post.

But he said his government would keep asking other questions “the Saudi authorities have refused to answer”, such as the whereabouts of Khashoggi’s body and who ordered his assassination.

The murder of the royal insider-turned-dissident has provoked widespread outrage and sharp criticism from Washington, usually the staunchest of allies.

While President Donald Trump has ruled out halting arms deal with Riyadh as a punishment, his administration has effectively withdrawn support for the Saudi-led coalition’s war in Yemen in a stark illustration of the cooling of ties.

Addressing mourners at a memorial service in Washington on Friday, the murdered journalist’s fiancee called on Trump to back Turkey’s efforts to investigate his death.

“I would like to send this message to Mr Trump: I would like him to support Turkey’s legal efforts in trying to bring light to the situation and to discover the whereabouts of his body,” Hatice Cengiz said in a recorded message.

Turkey’s chief prosecutor said this week that Khashoggi was strangled as soon as he entered the consulate and also confirmed the body was dismembered.

Yasin Aktay, an advisor to Erdogan, hinted in an article published on Friday that the body may even have been destroyed in acid.