My character in Zero not inspired from any other industry: Katrina 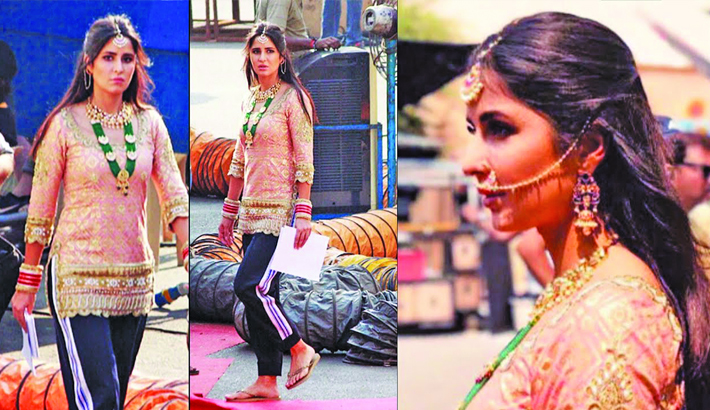 Bollywood star Katrina Kaif has said that her character in the upcoming film ‘Zero’ did not derive inspiration from any industry whatsoever.

Reportedly, Katrina was said to have researched for her role by extensively reading about the trouble-filled lives that Hollywood actors Demi Moore and Lindsay Lohan are said to have faced.

“The only inspiration, the work that we did for creating this character was done between, Anand sir, Himanshu (the film’s writer), and myself. There was no inspiration from any other industry. As per Anand sir, I had everything needed for the role,” said Katrina while speaking to the media about her character.

When asked as to what she learned from the film, Katrina said, “Everyday I learned something. Every day I felt scared. I gained a lot from this film. We were trying to create something new together. For me as an actor, as a performer, I learned a lot.”

Moving on to the trailer of the film, Shah Rukh can be seen romancing with both Anushka and Katrina.

Commenting on the same, King Khan said, “This is a love story like no other since it is a story about real love and not the ones filled with fantasies”.

Replying to a question on whether the film portrays the victory of a common man or not, Director Anand L. Rai said that it is a story which shows how one should not take things for granted and how a common man fights his own self on his path to victory. “This is about the victory of the common man. The title of the film is ‘Zero’ because there are a lot of things in life we tend to overlook and deem them as negligible, which I think is applicable to relationships too as we often take relationships for granted. This story is about a man who fights his own self on his path to victory,” said Rai.           —ANI