An Insight Into Sarat Chandra’s Depiction Of Dynamic Women

Invincible wordsmith Sarat Chandra Chattopadhyay is arguably the most popular Bengali novelist of all time. Even 80 years after his death acceptance of his fictions has not reduced. The adulation he received from the mass readers during his lifetime was something inconceivable to other writers. Yet his popularity couldn’t influence him to pen on the light issues. He didn’t think about how the readers will accept his creations rather as a novelist and short story writer he continued to focus on serious matters and guided them to walk through the critical pathways. Sarat Chandra was simultaneously sensitive and fearless as an advocate of social changes in his fictions. Due to his sharp satire and amazing sense of humour readers could easily relate to the issues he picked from the contemporary society. The life-like characters he sketched in an inimitable style in his narratives motivated them to understand the perspective of individuals around them. Sarat Chandra presented the problems and questions that deeply stirred his consciousness in his fictions and short stories which ultimately impregnated his works with richness. Among all other features of his writings one particular specialty that separated him from other authors is his portrayal of women. He clearly expressed his disagreement with the religious beliefs in showing women as goddess. His women are real human beings who alike other individuals have their strength and weaknesses. But they take their own decision and are confident to step forward overcoming all personal and societal limitations. Sarat Chandra Chattopadhyay was born on September 15, 1876, in Debanandapur village under Hooghly district. Ahead of his 142nd birth anniversary, ‘morning tea’ pays tribute to this great scribbler by analysing some of his fictions to understand how he has depicted Bengali women in his creations. 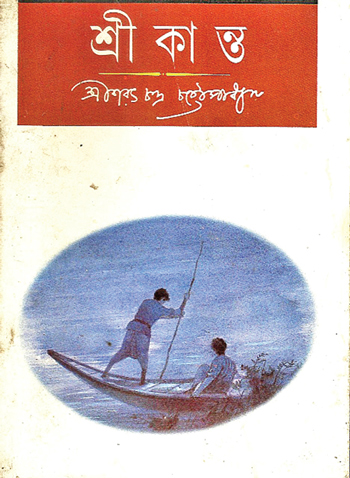 Many critics believe that all realistic works hinge on the flow of consciousness. Sarat Chandra’s fictions mirror life, as it is lived and thus, is realistic in his portrayal of different characters including women. Maternal fondness is one of the key features of Bengali women and thus Sarat has created adorable motherly figures in many of his fictions. For example, the character of Madhobi of his first published novel Borodidi is an ideal example of luckless young widow of the then society who cannot express her feeling of love towards Surendra, a residential private tutor of her younger sister. Yet Madhobi takes care of all her family members in absence of her mother. In Mejdidi, Hemangini shows the excellence of human relationship with her affection to Keshto, a fourteen-year-old orphan step brother of her sister-in-law Kadombini. Hemangini continues to look after him along with her two children though she faces obstacle from her family members for that. In the short story Ramer Sumoti, Narayoni, wife of Shyamlal, raises her brother-in-law Ramlal after the death of her mother-in-law. Due to different embarrassing activities of teenager Ramlal when his step brother and sister-in-law gets separated from him, only then he comes to realise his problems. Short story Abhagir Swarga portrays the tale of unfortunate widow Abhagi who raises her son Kangali through a long struggle ignoring a number of proposals of remarriage. Bindur Chele is another short story where love of Bindu to her sister-in-law Annapurna’s son Amulya illustrates how Bengali women can spend all their motherly affection towards the younger members of their family.

Sarat Chandra has depicted numerous women who bless men’s life with their deep sense of care. Grihodaho novel’s Mrinal is one of them. She sincerely takes care of her husband and always feels happy though her husband is much older than her. As a sensitive author Sarat Chandra Chattopadhyay was compassionate towards fallen women. He saw the ugly part of prostitutes’ life, but their steadfastness in love did not evade his notice. He never considered that physical chastity of a woman can be a precondition for real love. Thus in Srikanto he creates a character like Rajlokkhi who is a baiji (a dancer who entertain people in private parties) by profession but her unconditional love for Srikanto knows no bound. The novel Choritrohin gave rise to a serious controversy much before it was published. When the editors did not dare to print the novel where its prime character Savitri, a widow maid-servant of a Kolkata mess, develops an illegitimate relationship with her master Satish, Sarat Chandra compared her with diamond! In the mass eyes, Savitri is a fallen woman but in the eyes of Sarat Chandra she is an embodiment of ethereal love. His most famous novel Devdas comes up with the character of Chondromukhi. She is a prostitute who stands out for her assertiveness and independence. Though repeatedly scorned by the man she loves, her body and mind remain free from the societal control that women are subjected to. She stoops only to love and that too out of her own choice. 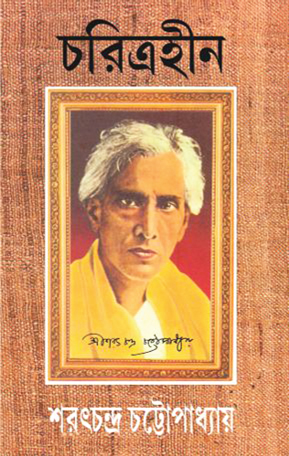 According to Sarat Chandra, pure love of a woman is a treasure for the world. That is why he has made no mistake in highlighting true love of Bengali women in his fictions. The character of Parboti in Devdas is a classic example of that. A girl of strong willpower and passionate feelings, Paru (Parboti) is not dependent on Devdas. When confronted with the practical choice of marrying a rich man to save her family name, or pining for a fickle lover who changes his mind on the whim, Paru chooses the former. In the novel Dotta, Bijoya is intelligent enough to understand the wish of Noren. Ignoring the conspiracy of Rasbihari and his son Bilas, she boldly marries Noren. Bilasi in the short story Bilasi wins the heart of Mrittunjoy with her dedicated service to cure him. She passionately loves her husband without considering what the society thinks about them. Though the novel Dena Paona is a political tale but the love of its protagonist Shoroshi (Aloka) for her husband Jibananda Chowdhury occupies an important part of it. Despite going through the rudeness of her husband Shoroshi wins love with the help of love. Porineeta is another creation where Lolita’s unending love for Shekhor brings a successful conclusion for her.

Being a Brahmin Sarat Chandra preserved conservative middle-class values in him and its reflection became evident when he emphasized on the idealistic characteristics of women in his fictions. He has produced few female characters who strictly follow some principles and are loyal to their husbands. Biraj in his novel Biraj Bou becomes bound to leave her house. Despite going through the oppression of her husband Nilambor she remains loyal to him. In Srikanto, Annadadi is deprived of the blessings of a good husband, but she does not deviate an inch from her devotion to her husband and this devotion touches deeply the heart of the readers. In the eyes of the society, Annadadi forsakes her family to flee with a stranger but she actually elopes with her own husband. This is an example of undeviating love. Shubhoda in the novel Shubhoda and Surobala in the novel Choritrohin set similar examples of faithfulness towards their husbands. 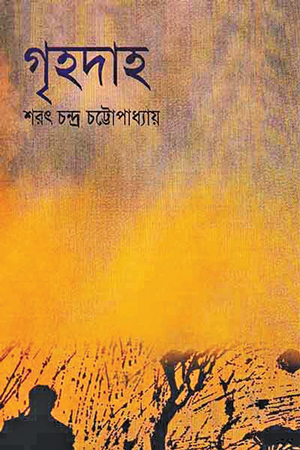 Sarat Chandra had keen interest in social science as well. He synchronized his real experience of observing socially oppressed women in creating his women characters. This harmonization is vividly exemplified in the novel Chandranath. Chandranath abandons his pregnant wife Sarju when he comes to know false information about her caste. Sarju struggles a lot until her husband realises his mistake and takes back her to his home. In the novel Pollisomaj, the rural society turns into a wall between Roma and Romesh. And consequently Roma leaves the village to live in Kashi. Child marriage was a phenomenon of the then society which ruined the lives of many girls. Sarat Chandra sketches such a story through the character of Kusum in his novel Ponditmoshai. There it is depicted how a girl loses all her hopes of life when her husband rejects her. Finally Kusum unites with the same person. In the novella Orokkhonia, the author illustrates what sort of situation a marriageable girl needs to undergo in our society when she is not married off in time.

Sarat Chandra Chattopadhyay was most outstanding when he depicted rebellious women in his fictions. Being a housewife Abhaya doesn’t hesitate to flee with her beloved in Srikanto. Kironmoyi in Choritrohin turns out to be one of the most unconventional protagonists of Sarat Chandra’s novels. Married to the man she never loved, she is aware of her ethereal beauty and the desires of her heart. She makes no bones about admitting her love for a married man, moments after her husband’s death. Komol in the novel Shesh Proshno neither recognises her marriage with Shibnath nor wants to marry Ajit. She is far ahead of her time. Komol travels alone, questions love, and asserts her individuality amidst the constraints that a woman is subjected to. She bravely questions traditions and norms. Grihodaho can be considered as one of the most mesmerizing novels written by Sarat Chandra. Achola, the central character, always swings in a dilemma. She is not sure whether she likes her husband Mohim or her husband’s friend Suresh. This confusion helps readers to understand the psyche of modern Bengali women. Through Pother Dabi, the novel which was set in Burma and banned for containing ‘debatable’ elements regarding the demand of India’s independence, he produces the character of Sabyasachi who is doctor by profession and a revolutionary as well. Bharoti, a Christian social worker, stands against him and questions the necessity of bloodshed for independence. She works for the betterment of the labourers’ lives. Bharoti also wants independence but counts on the politicians for it.

Apart from his fictions Sarat Chandra Chattopadhyay expressed his opinion about women in two of his valuable essays ‘Narir Mulya’ and ‘Swaraj Sadhonay Nari’. In a feudatory state governed by foreigners, he could not completely transcend the social strictures on women, yet, through the delineation of female characters, he fuelled their inherent desire to slide out of the slough of despond. Sharat Chandra exposed the sham values and double-standards of a society that set different codes of conduct for men and women and a culture that glorified sacrifice and chastity only on the part of women. His sympathy towards the young widows and prostitutes reflect his sensitive mind. Sharat Chandra Chattopadhyay was not influenced by the Western brand of feminism. His vision of women’s liberty and their struggles for attaining selfhood was adopted through his consciousness of our tradition, and cultural, social and literary heritage.