Bengali Beauty all set to release in China 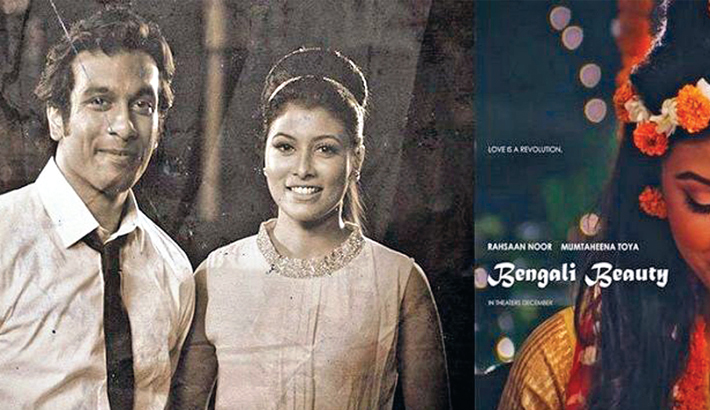 The film, dubbed in Chinese, will be released in four states of China early next year.

The discussion about releasing the film in China has been finalised in a meeting with the International Cultural Exchange Minister of China and director Rahsaan Noor recently.

On the other hand, after the initial release in one cinema hall in Bangladesh, the countrywide release date of ‘Bengali Beauty’ is now scheduled for September 21 this year.

Bengali Beauty is a Bangladeshi period romantic comedy-drama film written and directed by Rahsaan Noor. It stars Noor as a radio deejay and Mumtaheena Toya as a medical student, whom fall in love in Dhaka during political turbulent 1975.

Initially scheduled to release in Bangladesh on 9 February, 2018, Bengali Beauty was banned by the Bangladesh Film Censor Board. However, the film went on to release in the United States on February 16th, 2018, and was praised for it’s screenplay, direction, music, and the performances of the lead actors, becoming the highest grossing Bengali language film of all-time at the United States Box Office.

Noor became inspired to write the script for Bengali Beauty one day after hearing Can’t Take My Eyes Off You by Frankie Vallie.  The setting of the film came to him from a film that had been offered to him before as well as a series of interviews with his aunt, actress Mita Rahman, whom used to be a DJ for the popular World Music program on Bangladesh Betar. Bangladesh Betar and World Music are a central to the film’s narrative.  The style and tone of the film was inspired by Hollywood Vietnam War movies such as Apocalypse Now, Good Morning Vietnam, and Full Metal Jacket as well as Bollywood classis such as Silsila and Dilwale Dulhania Le Jayenge.