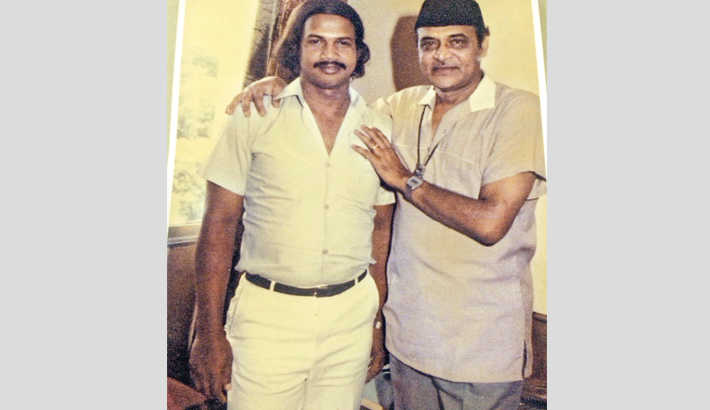 The award has given to Lucky for his contributions to preserving and promoting Hazarika’s people’s songs.

‘I feel proud for the award. This is the first time I have received an international music award’, said Liaquat Ali Lucky.

Lucky said he got popularity at his student life rendering Hazarika’s songs when he was the cultural affairs secretary of Dhaka University Central Student’s Union.

‘Bhupen Hazarika also praised me listening to my cover of his song and gave me the titled of Bhupen of Bangladesh’, said Lucky.

Lucky has acted in 58 theatre productions, directed 82 plays and has written and adapted 8 dramas.

Lucky has received numerous awards for his contributions to the cultural arena.