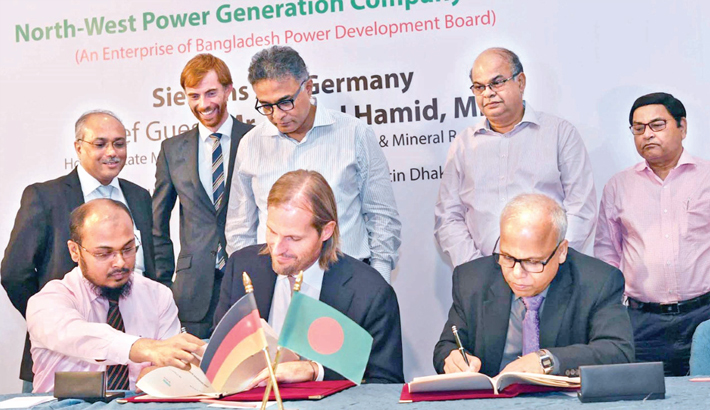 The government is going to build a 3,600-megawatt power plant at Payra in Patuakhali, the largest in the country and first to be run by imported liquefied natural gas or LNG. The LNG-based mega power project will cost about US$2.80 billion.

The state-owned North-West Power Generation Company Limited (NWPGCL) and German based Siemens AG signed a joint development agreement (JDA) for implementing the plant on Friday at a local hotel in Dhaka.

Of the total cost, about $2.40 billion is expected to come as loan while the rest $400 million will be equally shared by the NWPGCL and Siemens AG.

Power division secretary Ahmad Kaikaus said that the project, a major investment of Germany based company Siemens, will be completed in schedule. Highlighting the sector’s development, the power secretary said that the power and energy sector now contributes about 20 percent to the GDP.

The first unit of the plant having capacity to generate 1200MW of electricity will come into generation by December, 2021 while another 2400MW in December, 2022.