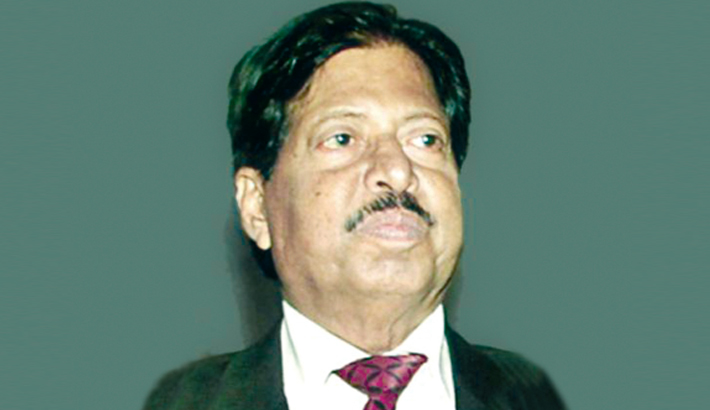 By the sweetness of whose drunken rendition innumerable audience were spell-bound and by the enchantment of whose nectarine voice the golden era began in the history of Bengali music, is the celebrated singer Mohammad Abdul Jabbar. I was introduced to him in 2008. He gave voice to a song termed ‘Ekhane Amar Padma Meghna’ written by me.  After recording he enjoyed the song several times and was so impressed that he expressed his intention to make an album. I penned songs of different genres for the album. Of them, a song was about his artistic career as ‘Amake Tomader Bhalo Na Lagleo Amar Ei Gaan Bhalolagbe’ meaning ‘May I not be loved but this song of mine certainly be’. Reading the song Abdul Jabbar became very emotional and said, ‘It’s not merely of mine but also of each artiste’s mind’. He wanted the song to be played after his death. Music director Golam Sarwar composed the songs. The musical work ended in 2009. The album was titled ‘Maa Amar Masjid Maa Amar Mandir.’ Some leading national dailies published news on the album. Abdul Jabbar did not show any eagerness to release the album although he continued singing the songs in various TV channels including the BTV. With the passage of time, Jabbar’s health started deteriorating. One day I visited his residence at Bhuter Gali in Dhanmondi and discussed about the release of the album. He consented. The album was renamed ‘Kothay Amar Neel Doriya’ after Abdul Jabbar’s popular song ‘O re Neel Doriya’. Finally the album titled ‘Kothay Amar Neel Doriy’ was released online on April in the last year after a long hiatus. Abdul Jabbar’s first and sole album of original songs came to light. I got involved in this great work forever.

‘Bangladesher Hridoy Tumi, Tumi Banglar Mita/Amra Sabai Ekti Jati Tumi Jatir Pita’ by myself was the last song vocalised by Abdul Jabbar on Bangabandhu. A few days before his death, he told me to write some songs about Bangabandhu. I lyricised a song and the lyric was ‘Bangabandhu Dekhechi Tomay Dekhechi Muktijuddho/Hayenader Tumi Tariye Diye Korecho Mati Shuddho’. But he could not voice the song. Before that, he plunged into his dear Neel Doriya (Blue Sea) perpetually. He also wished to release an album of songs on Father of the Nation Bangabandhu Sheikh Mujibur Rahman. 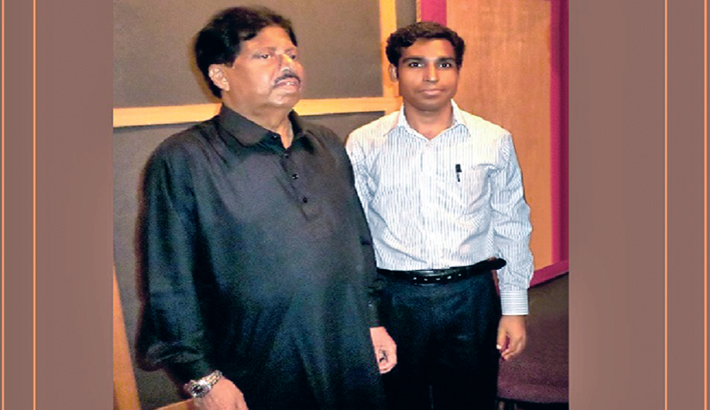 I met Abdul Jabbar closely and knew deeper while working on the album. A top to toe patriotic epitomised true patriotism. By dint of this stern and irresistible patriotism frowning at death he vigorously declared, ‘Joy Bangla, Banglar Joy’ in the battle field of 1971. He was a great source of inspiration, a rare ideal for the beginners. He most often said to me, ‘Amirul, carry on writing. Poet Nazrul wrote songs through all hazards.’

In the current decade perhaps I am the only lyricist who availed myself of being intimate with Abdul Jabbar. I was with him till his death. I have so many memorable events and things with him in this long period; sometime in the studio, sometime in the BTV and sometime in his house or somewhere.

According to the indispensable law of nature Abdul Jabbar departed eternally. A born artiste never dies. He was, he is and he will be in this Bengal. Still his ever known voice echoes in skies and air of Bengal, ‘Hajar Bachor Pore/Abar Esechi Fire/ Banglar Buke Achi Dariye’.

Being crores of miles away he would glitter as the Pole Star in the sky of Bengali song throughout the ages removing deadly darkness. I still hear him say, ‘Amirul, write songs for me.’ I will never write any song for him. My pen wants to stop time and again being stricken with pain, sorrow and tears.