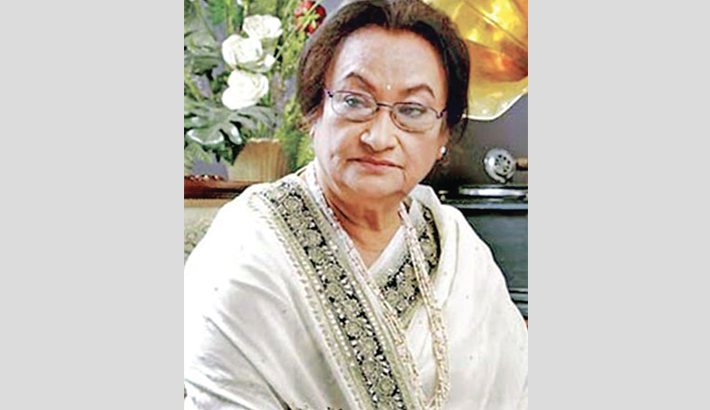 To pay tribute to the legend, different socio-cultural organisations have chalked out elaborate programmes across the country.

Besides, different satellite television channels and radio stations of the country will air an array of programmes all along the day.

Firoza Begum was born to Mohammad Ismail and Begum Kowkabunnesa in Faridpur on July 28, 1930. She was such a singer, who not only popularised Nazrul songs in subcontinent, but also exposed the depth, versatility and sophistication of this genre of music.

Firoza started her career in 1960s. She is one of the pioneer Nazrul Sangeet singers in Bangladesh who popularised the genre in the sub-continent.

Millions of people pronounce her name with great honour. It is impossible to talk about the evolution of Nazrul Sangeet without talking about this remarkable artiste.

Though she was popular as a Nazrul singer, she rendered other music genres such as geet, ghazal, thumri, dhadra and adhunik songs. Her mastery of incorporating the delicate emotions of the lyrics had had the power to really move the audience.

Firoza was bestowed with numerous honours including the Independence Day award, the highest given out by the Bangladeshi government.

But Kazi Nazrul Islam, who met Firoza at an audition, was said to have been impressed by her vocal talent. She would go on to cut her first record when she was 12 years old.

She became drawn to music in her childhood. The singer started her career in 1940s. She first sang in All India Radio while studying in class six. She met with poet Kazi Nazrul Islam at the age of 10.

She performed around 300 solo concerts in her career.

Her sons Hamin Ahmed and Shafin Ahmed are also famous singers of the country as well as founder members of a leading band named Miles in Bangladesh.