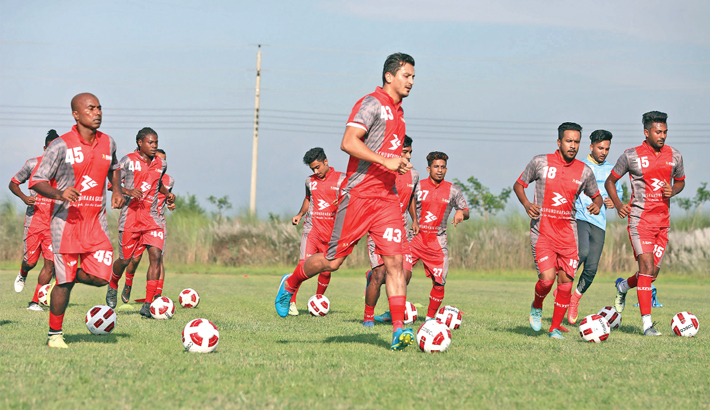 Earlier on the day, Kings signed the contract with Spaniard Oscar Bruzon during an agreement signing ceremony at their headquarters. Bashundhara Kings President Imrul Hassan signed the agreement on behalf of the club.

An astoundingly successful coach, Oscar, won four titles with Radiant FC of Maldives in 2017. His deep understanding of football coupled with big thinking makes him the perfect candidate to groom Bashundhara Kings to their ambitious goal.

“It will be a challenging campaign but the club is as ambitious as me despite being a young entity in BPL. We will fight hard and win the title,” hoped Oscar.

“We have assembled a team with the right mix of youth and experience. AFC Cup remains our target and Oscar will lead us to our goal. He is a very successful coach with four titles under his belt in 2017. He surprised me with his in depth knowledge of the state of Bangladesh’s domestic football. He even knew players by their name. I hope that he will win the title for Kings,” said Hassan. 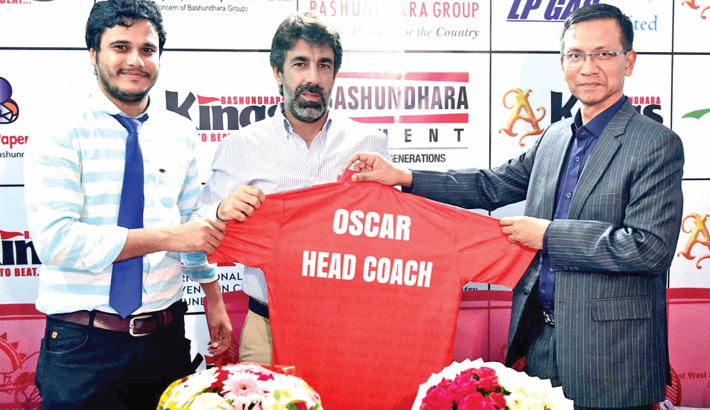 The first practice session of Bashundhara Kings for BPL 2018-19 under Oscar was different to state the least. The energy and speed of the session is unprecedented in Bangladesh’s domestic football arena. Session started with running routines followed by core training. Next step for the footballers were the ‘monkey in the middle’ drill. First day’s training ended with a practice match.

After practice session ended, coach seemed quite optimistic about the prospects of the team. Nonetheless, He insisted that it’s still too early to form any opinion as it still very early. He has about 6 weeks before the start of the league.

“So far my experience with the club has been very positive. We have a good squad. Now is the moment of observation. I would like to observe the players in action for the next ten to fifteen days. I will also focus on the foreign players during this time,” said Oscar.

Though Bashundhara Kings have brought in quality foreign players, domestic players must play an influential role if Kings are to triumph. Dietary preferences and complacencies regarding fitness have long been an issue holding back local footballers from reaching their potential. Oscar hopes that he will be able to introduce some dietary reforms which will improve the fitness of the players.

“I am well-acquainted with Asian footballers and their dietary preferences.  Asian diets contain excessive carbohydrate which can become an issue for footballers. I would like to start slow and introduce certain rules. We have a big advantage in this regard as all of our players live in our residential camp which will allow us to introduce dietary reforms,” hoped Oscar.

A total of 28 footballers participated in the practice camp yesterday. As five players of Bashundhara Kings are busy with national duties in SAFF Suzuki Cup 2018, foreign players were the attraction of the session. Haiti national team player Kervens Fils Belfort and Benjamin Estema and Afghan booter Ma Sa impressed everyone with their skills.