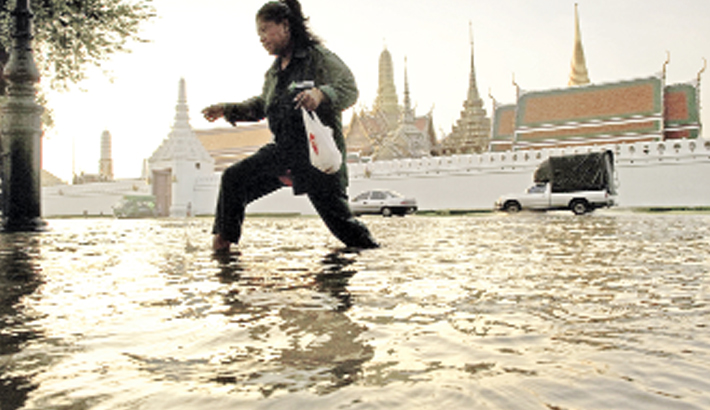 BANGKOK: As Bangkok prepares to host climate-change talks, the sprawling city of more than 10 million is itself under siege from the environment, with dire forecasts warning it could be partially submerged in just over a decade, reports AFP.

A preparatory meeting begins today in Thailand’s capital for the next UN climate conference, a crunch summit in Poland at the end of 2018 to set rules on reducing greenhouse emissions and providing aid to vulnerable countries.

Bangkok, built on once-marshy land about 1.5 metres (five feet) above sea level, is projected to be one of the world’s hardest hit urban areas, alongside fellow Southeast Asian behemoths Jakarta and Manila.