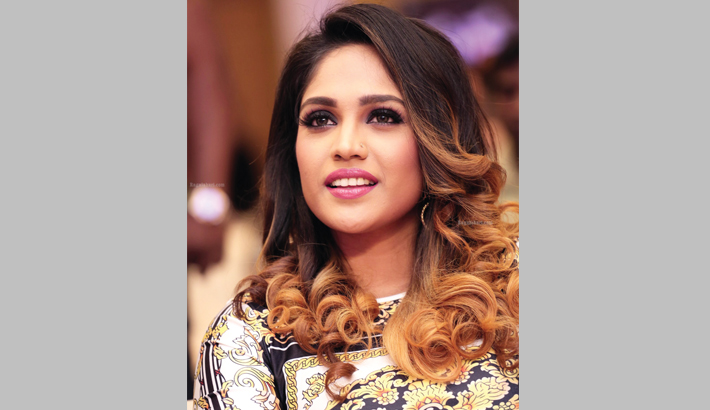 Bengali cinema's glamour girl Mumtaz Sorcar showers magic with her very persona and everlasting charm. She is a professional dancer, a talented boxer and last but not the least has magic in her genes. After all, she is the daughter of legendary Indian magician P.C. Sorcar Jr, reports Times Of India.

The actress gave a commendable performance in the 2016 hit 'Saala Khadoos' opposite R Madhavan. She also appeared in the Tamil version of the movie.

Now a fresh new challenge awaits her. Mumtaz will reportedly step into the Bangladeshi film industry with her upcoming project 'Maya: The Lost Mother'. As per reports, the shooting will start from tomorrow, and the locations selected will primarily be in Dhaka and Narsingdi Raipura of Bangladesh. This woman-centric film will be directed by Masud Pathik. Apart from Mumtaz, the casting has been done mainly from Bangladesh.

Interestingly, the talented actress already has a connection with Bangladesh. She started her acting career in a music video for Mehreen, a singer from Bangladesh.  The 31-year-old actress has also been signed in for Partha Mitra's upcoming drama 'Robir Prem' where she will be playing the role of Kadambari Devi opposite Priyam who has been cast as a young Rabindranath Tagore. Mumtaz Sorcar, informally (pet name) known as "Pratiti Sorcar", is an Indian film actress. She is the youngest daughter of world-famous magician PC Sorcar Junior and Jayashree Devi. She has participated in the popular reality TV show Bigg Boss Bangla, but eventually got evicted after staying for a month in the house. Mumtaz started her career with a music video for singer Mehreen from Bangladesh. She first appeared in the short film Bhorai: The Maladies of Dawn, directed by Subhrajit Mitra and produced by NIBS.

Her debut film was 033, which was directed by Birsha Dasgupta. She also signed a Tollywood film and appeared in Shoumik Sen-directed No Poblem (2007). The film is currently in post-production and is set to be released in 2012.