BCS Exam – How to overcome it 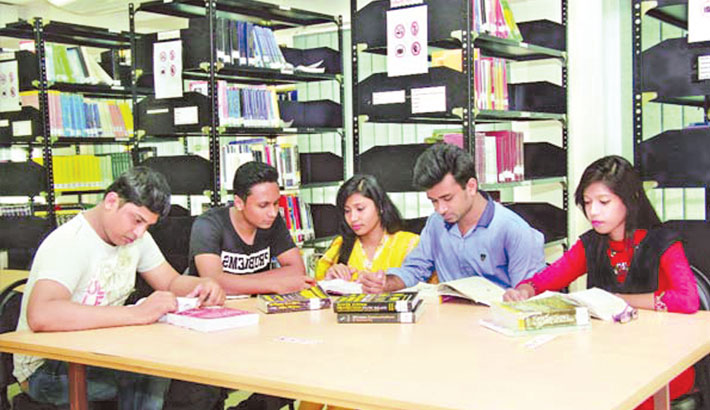 The Bangladesh Civil Service Examination is the only gateway to what is called a class-1 gazetted post(cadre service). In this country, more specifically to state, a country like ours encumbered with millions of educated youth unemployment, a post in cadre service is highly coveted for a number of reasons. It gives one a sense job security and some social status. Certain other benefits go with the job. One can work one’s way up.  Then there are pension and gratuity on retirement which are quite lucrative, to say the least. So, as soon as students have their degrees they plan to sit for the BCS Examination. Obviously, it is the most important examination in their life because it is trough this test they achieve their long cherished goal – a secure, respectable career.

Not everybody, however, is allowed to go in for the BCS Exam. There are some qualification and other requirements. If one fulfils them, one has to take a preliminary test and it is in this test that most of the candidates find themselves rejected. Those who qualify get the chance of appearing at the written examination. Again a great majority of these candidates fail to secure qualifying marks. Those who succeed are required to go through a psychological test and appear before an Interview Board. On the basis of the results of written examination, psychological test and the viva voce a final selection is made and the number of selected candidates depends on the number of vacancies. Needless to say, all this procedure is conducted by Bangladesh Public service commission (PSC) - a constitutional body entrusted to do so.

So for most candidates, taking the B. C.S Examination is indeed a frustrating experience. But as the core idea is to select the best candidates and as the number of vacancies is pitifully limited. So, however frustrating the experience of taking BCS Exam might be, one can’t really complain. What is shocking, however, is that most candidates fail to qualify, say, one out of one hundred candidates ultimately succeed.  The candidates have presumably master’s degrees in various disciplines. The standard of the BCS examination is B.A Pass for the compulsory subjects and B.A Honours  for the optional ones.  How is that candidates with master’s degrees fail to reach the levels of B.A Pass or B.A Honours?

One possible answer could be that at the universities they specialize in one subject, whereas in the BCS Exam they are examined in a number of disciplines, some of which the candidates studied years ago or are completely new. But people with master’s degrees are expected to have some wisdom and analytical ability to think independently, organise their materials, analyse and express them effectively. In marking the answer scripts of the BCS Examination, the examiners find little or no trace of these qualities. Clearly, the level of the candidates is low. The universities are partly responsible for this. They appear to have lowered the standard of the degrees they award and thrown quality to the winds. They are interested not in enhancing the level of higher education but in making more and more students pass in the examinations they conduct. It is time they did some fresh thinking about the whole thing because people with paper qualifications which do not fit to the job market and their abilities are of little use to the nation.

Notwithstanding this prevailing scenario, what can the candidates do to ensure their chances of success? As they have to take examinations in a number of subjects, they should make adequate preparation. It is no use going in for the BCS Examination half-heartedly. One can never hanker after to compete with the best students of the country without in–depth knowledge of the subjects one chooses. Since it is a question of career with prospect of promotion and a matter of choice between a respectable social status and a humble insecure position with little or no opportunity of working one’s way up, there is all the more reason why every candidate should gird up his loins and make a determined effort to compete successfully.

Now take look at the subject-wise preparations. A word about the compulsory subjects which include Bangla, English, arithmetic, general knowledge and current affairs.  Bangla poses no problem, while it should not take long time to brush up one’s arithmetic. But the other three might need a great deal of preparation. If the students develop the habit of reading newspaper carefully and regularly over a period of time – the periodical sections of university libraries are full of journals and newspapers- there is no reason why the students do not well in the tests. As for English, the candidates must develop the art of writing free composition on their own. And the same time reading, writing, speaking and listening – all these skills must be practised simultaneously and effectively as well.

Most candidates are terribly afraid of the viva voce examination. When they appear before the Interview Board, they get nervous, find it difficult to speak articulately and tend to forget things. All this makes a bad impression on the Board. They can easily overcome the problem of getting cold feet by taking part right from the entry into university, in extra-curricular activities such as set speeches, debates etc. which take place almost all the year round.  A smart, self-confident, well-informed and well-spoken candidate can’t fail to make good impression. All these combine to bring success in the end.

The BCS Examination presents a challenge, if not an ordeal, to every educated young man in this country and should be treated as such.