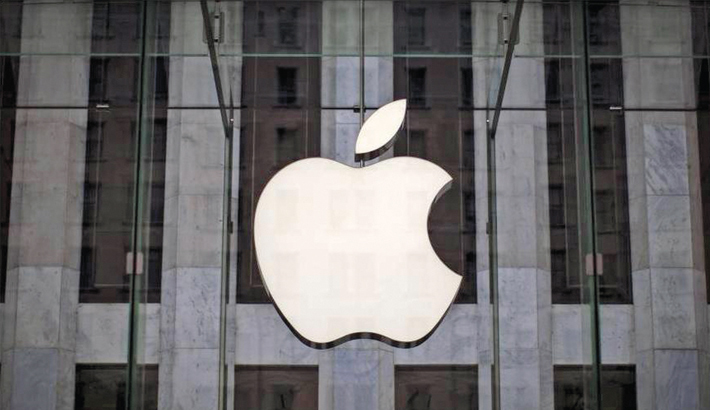 Apple Inc's stock hit an all-time high on Friday after Warren Buffett's Berkshire Hathaway Inc disclosed it bought an additional 75 million shares of the iPhone maker in the first three months of the year.

Buffett's increased stake, which was confirmed by a representative of the billionaire investor, pushed Apple's shares up as much as 4.2 percent to $184.25, taking the company's market value to about $906 billion, reports PTI.

"If you look at Apple, I think it earns almost twice as much as the second most profitable company in the United States," Buffett told CNBC, which first reported the news on Thursday.

Friday's rise was the stock's second significant gain this week after the Cupertino, California-based company surprised Wall Street on Tuesday with resilient iPhone sales and quarterly results that topped expectations.

Daniel Morgan, an investor in Apple, said it is "not surprising to see Buffet take a big position" in the company.

"He is an old 'Graham and Dodd' value investor," said Morgan, who is a portfolio manager at Synovus Trust Company, which holds 270,415 shares in Apple.

Buffett's commitment to Apple over the past two years has surprised many, given his historical aversion to companies associated with the technology sector.

"I think Apple was much more of a consumer products business," Buffett had said last May in a Berkshire Hathaway's annual shareholders meeting.

Berkshire's initial investment in Apple was small, suggesting it was made by one of Buffett's investment deputies. But with the latest stake purchase, it has grown to a massive 240.3 million shares worth $42.5 billion.

In February, Berkshire said its Apple stake grew by about 23 percent since the end of September to roughly 165.3 million shares.

Recently, Berkshire almost sold out its entire investment in IBM Corp and at the same time bought more Apple shares.

"They are two different types of decisions. And I was wrong on the first one (IBM), and we'll find out whether I'm right or wrong on the second (Apple)," Buffett had said a year ago. There may also be another reason for the investment: Berkshire's cash pile of $116 billion.

The investment company has not made a major acquisition for more than two years and Buffett had said in his latest annual letter that he wanted to acquire one or more "huge" non-insurance companies to reduce Berkshire's cash and equivalents.

Buying Apple shares partly accomplishes that, even though Buffett would prefer to buy whole companies.

The report for the first quarter is set for release on Saturday morning, just before Berkshire's annual shareholder meeting in Omaha, Nebraska, Buffett's hometown. Up to Friday's close, Apple stock had risen 9.8 percent since Berkshire disclosed on Feb.14 that it had raised its stake in the company. The shares closed up 3.9 percent at $183.83 on Friday.