University of Dhaka, Language Movement and Birth of a Nation

The language movement of 1952 was a turning point in the history on many counts. First, after a great sacrifice of innocent human lives it established Bangla as a state language of Pakistan. Secondly, and more importantly, it provided a distinct identity to the Bangla speaking people of the then East Pakistan. Finally, the identification and preservation of this distinct identity led to the emergence of Bangladesh as an independent sovereign state after a bloody war of liberation that took a toll of 3 million lives. In all these important historical junctures, the University of Dhaka played very significant roles. In fact, Dhaka University after the language movement became a deliverer, of course, under political leadership of the hopes and aspirations of the people of now Bangladesh. 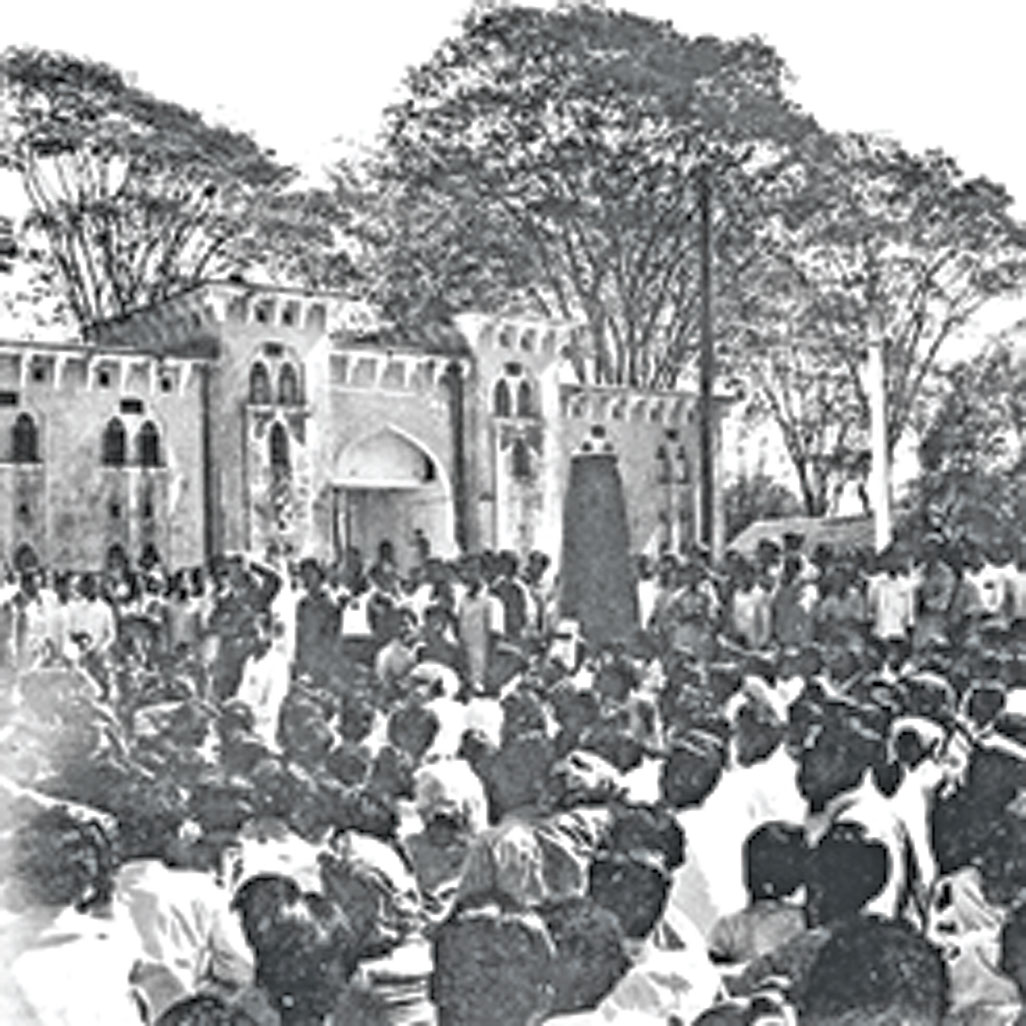 After the partition of India in 1947, Bengali-speaking people of East Bengal made up about 56% of the total population (69 million according to one estimate) of the newly formed independent country of Pakistan. In 1947, a key resolution at a national education summit in Karachi proposed Urdu to be the only state language of Pakistan. This was followed by immediate wide spread opposition and protests especially in East Bengal. Students especially of the University of Dhaka in a meeting demanded Bengali to be a state language of Pakistan. But the central government made preparations to make Urdu the only state language. Public outrage spread, and many students met on the University of Dhaka campus on 8 December 1947 to formally demand that Bengali be made an official language of the state. To promote their cause, the students organised protest rallies and processions in the streets of Dhaka. Leading Bengali scholars and academics argued why Bangla should also not be a state language. Mr. Dhirendranath Datta a member of the Pakistan Constituent Assembly proposed legislation in the Assembly to allow members to speak in Bengali and be allowed to be used for official purposes. The ruling party, the Muslim League, rejected the proposal terming it as an attempt to divide the people of Pakistan. In the height of civic movements, Mohammad Ali Jinnah, the Governor General of Pakistan arrived in East Bengal and declared that "Urdu, and only Urdu" shall be the only state language. He delivered a similar speech at the University of Dhaka on 24 March. However, Jinnah encountered protests by a large number of students present there as audience. The language movement continued unabated. On 31 January, the all-Party Central Language Action Committee was formed. The action committee called for an all out protest on 21 February, 1952 including strikes and rallies. In an attempt to prevent the demonstration, the government imposed Section 144 in Dhaka, thereby banning any rallies and meetings. At nine o'clock in the morning, students began gathering at the University of Dhaka premises in defiance of Section 144. By a quarter past eleven, students gathered at the university gate and attempted to break the police cordon. A section of students ran into the Dhaka Medical College while others rallied towards the university premises cordoned by the police. However, the police arrested several students for violating section 144 as they attempted to leave. Enraged by the arrests, the students met around the Legislative Assembly and asked the legislators to present their demand at the assembly. It is alleged that at this point, police opened fire and killed a number of students, including Salam, Rafiq, Barkat and Jabbar. As the news of the killings spread, disorder erupted across the city. Shops, offices and public transport were shut down and a general strike began. After continued unrest and widespread protests, eventually on 7th May 1954, the constituent assembly resolved with the Muslim League's support to grant official status to Bengali. Bengali came to be recognised as the second official language of Pakistan on 29 February 1956. “Ekushe February” or “21st February” became the red letter day to the Bengalis all over the world. From 1952 onwards the Bengalis of Pakistan drew their inspiration from the sacrifices of the 21st February in all their subsequent struggles. It is interesting that 21st February had in fact, shaped the destiny of East Pakistan and is now considered that the freedom movement of Bangladesh owed its origins from that date. This also marked the beginning of disillusionment about the concept of Pakistan based on two nation theory. The language movement proved the fact that the religious belief cannot be the only basis of the establishment of an independent state. Identities of the different sections of the population based on language, culture and heritage are the ultimate factors that determine the fate or unity of a nation state. The language movement proved these facts beyond doubts and prompted the people of East Bengal (later East Pakistan) to establish their distinct and separate identity from rest of the (west) Pakistanis.

This new realisation provided the necessary impetus for the beginning of a new politics especially for the Bangla speaking people of then Bangladesh. It also galvanized popular aspirations particularly for political, economic and social emancipations of the people of this part of the then Pakistan.

Here it needs to be pointed out that with the successful completion of the language movement the University of Dhaka emerged as the ultimate hub for all subsequent movements and political struggles of the people. Political leaders conceived the ideas and the student community of Dhaka University translated them into popular movements by taking the masses with them. With time, disillusionment with the concept of Pakistan became quite evident because of the utter deprivation of the people of East Pakistan from their rightful share in the political, economic, cultural and social arenas. This brought in the concept of the establishment of a new nation comprising now Bangladesh under the leadership of the Bangabandhu Sheikh Mujibur Rahman. The University of Dhaka again played a remarkable role in translating the vision of the Bangabandhu. Pakistan military’s atrocities started on the night of 26 March, 1971 also mainly targeted, among others, the Dhaka University. On the very first night of the beginning of the war of liberation innumerable students, faculty members and staff laid down their lives for the independence of the country. In the subsequent days, a large number of Dhaka University students, faculty members and others joined the liberation war. Ultimately, the victory was achieved at a great cost of 3 million lives and Bangladesh emerged in the world map as an independent and sovereign nation on 16 December, 1971. It can rightly be said that the history of Bangladesh cannot be written without mentioning the pivotal role that the University of Dhaka played in all phases of movements and struggles.