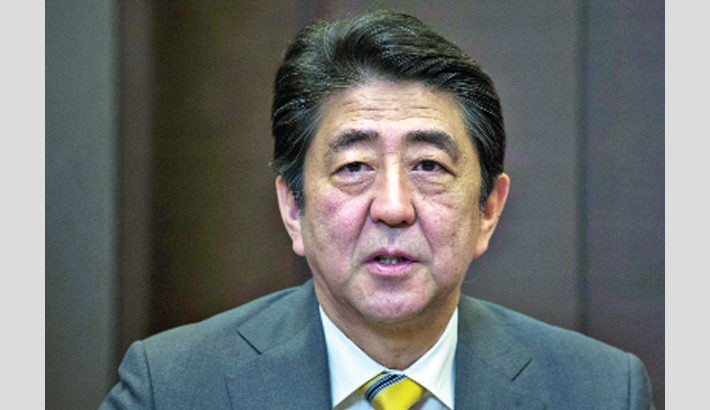 
“Stepping up all possible pressure, we need to create a situation in which North Korea wants talks as it will change policy,” Abe told the debate.
“We will protect our country under stable politics.”

Abe is seeking a fresh term as tensions with North Korea rise, with Pyongyang in recent months conducting what it described as a hydrogen bomb test and firing two missiles over Japan.

His Liberal Democratic Party (LDP), which has ruled the country for most of the post-war era, is on course to secure a majority.

But it is unclear whether it can again capture some two-thirds of the 465 seats in the powerful lower house, the margin necessary to approve changes to the pacifist constitution which Abe has been pushing.

The Democratic Party (DP) -- previously the main opposition party—imploded last week but Abe faces a new challenge from popular Tokyo governor Yuriko Koike. The pair clashed during the TV debate over economic and other policies.

Former TV anchorwoman Koike has shaken up Japan’s usually sleepy political scene by launching her “Party of Hope”, vowing a break with the old school represented by Abe’s LDP.


“We offer an alternative to voters in order to correct the Abe-dominated politics,” Koike told the live debate.

“Our big goal is to aim to take power,” the media-savvy Koike said without elaborating.