Women’s Involvement with Terrorism in Bangladesh 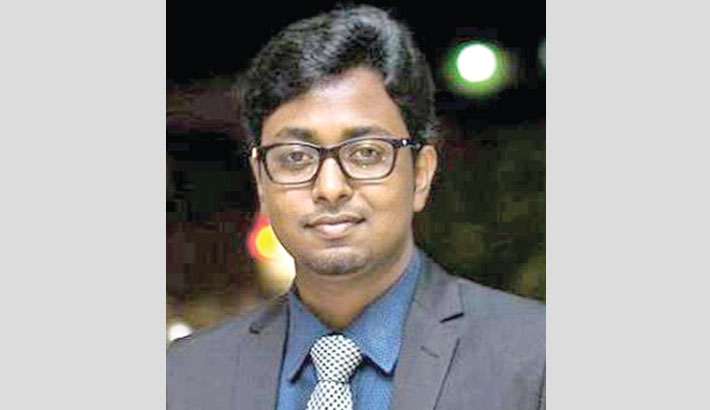 The irreparable trauma of the terrorist attack on the “Holey Artisan Bakery” on 1st July 2016 grew deeper when we experienced quite a few similar attacks following such incident. Several issues appear before our senses which make us ruminate about the growing trends of contemporary terrorism.

The very incident of Bangladesh compelled the concerned authorities to discover the first female unit of the Neo-Jamaat-ul-Mujahideen Bangladesh (Neo-JMB). As it happens, it had shaken the traditional studies on “gender on terrorism” because the prevalent belief was confined within the belief that women usually have a little role to play in the terrorist activities.

Bangladesh experienced its first ever female suicide bombing in December 2016 during a police raid titled, “Operation Ripple 24” at the militant hiding place in Ashkona Hajj Camp area, Dhaka. In this incident, two suspected female extremists surrendered to the police while one of them blew herself up. Succeeding this occurrence, many female extremists have been captured from Dhaka, Sirajganj, Tangail, Sylhet, and Chittagong districts.

This trend makes us remember the anticipation of Georges-Abeyie, an Argentine sociologist, who voiced in 1983 that women will increasingly start involving with different extremist groups in the future. Women have started developing their own ideologies keeping pace with the dogmata of the terrorist organisations worldwide. The contemporary attacks coherently manifested that women forces are being used by the terrorist organisations to conduct several attacks either through combating or suicide bombing or alike methods.

From the longstanding stereotype gender based thought, we find the typical contemplation of the people that the women’s willingness to be engaged with terrorist organisations is insignificant. The social “power structure” between men and women was unerringly considered as the only basis behind such rationale. Women are still regarded as non-violent and/or peaceful actors of every society. As follows, their participation to conduct terrorist attacks was thought as tactless catching that their contribution is confined simply within their households. In this way, the very notion of the “power structure” of the society derelicts the possibility of women’s being radicalised to the terrorist groups.

Beliefs and thoughts apart, during the 19th century the world has seen the participation of women to even lead terrorist attacks. We still remember the name of Leila Khaled who was the first woman to hijack a plane in 1969. In 1991, Thenmozhi Rajaratnam blew up Rajiv Gandhi in a suicide attack acting as the “Liberation Tigers of Tamil Eelam” (LTTE) suicide bomber. In 2004, the “Chechnya Black Widows” were involved in blowing up two passenger planes which took off from Moscow airport. They bombed the Moscow metro twice during the same period of time. Along with, they took part in the siege of a school in Beslan and caused death of hundreds of innocent civilians, including children. The people of Moscow are still traumatised of March 2010 terrorist attack by women which caused killing of at least 35 innocent civilians.

All such incidents are unique to the extent that women’s active participations have been ensured by the extremist groups to achieve their goals as well as insights. However, the magnitude of their participation in the terrorist activities is becoming greater nowadays compared to the past. Let’s concentrate on the rationales of increasing women’s active involvement in the contemporary terrorist organisations.

A very recent study brought a sensational fact into light that women are being used as a tactic of grabbing more “media attention” to blow out terror among the wide-reaching people. Moreover, it is no longer a surprise to perceive that women are recruited to the terrorist organisations for their status of being invisible in the society.

Women terrorists are widely labelled as the “Jihadi Brides” through the media. Not only that, the Islamic State (ISIS) itself has established its “Al-Khanssaa Brigade” consisting of their women fighters. These labels are often portrayed in the popular social media/applications like Facebook, Twitter, Instagram, YouTube, Blogs, Threema, Telegram, and so on. They use such labels for networking drive as well as influencing women to join their groups.

Terrorism is apparently becoming an equal opportunity enterprise among men and women. In fact, it is reported that the rapid rise of the ISIS and Al-Qaeda in the Indian Subcontinent may accelerate the tendency of increasing involvement of women with terrorist organisations. Besides, the Neo-JMB currently aims to recruit more females to accomplish their assigned activities.

Bangladesh is experiencing newer levels of radicalism in the wave of its economic, social and cultural progress. However, the security forces are on an all-out effort to crackdown on militants in the country. The July attack at the “Holey Artisan Bakery” last year made it clear that young educated people of affluent families are joining terrorist organisations. It led to the latest revelation for Bangladesh as to how women have also joined the militant outfits to materialise their missions and targets.

The recent detection of female jihadists in Bangladesh is regarded as a significant sign of propaganda of the terrorist organisations. It is a matter of great concern that the Neo-JMB, being one of the few jihadist groups in South Asia, recruits women, especially the wives of its male members. The security forces concerned reported that most of the women radicals of Bangladesh are involuntary radicals because they are unduly influenced by their husbands. Therefore, it is indeed becoming a considerable threat for Bangladesh.

Even they recruit women who do not belong to the families of the male members who are later married off to a terrorist male member. They provide them training with a view to conducting, inter alia, suicide missions as one of the forms of combat activities.

At one time, terrorist and separatist groups recruited women to spread their political ideologies as an accomplishment of their political agenda. Nonetheless, today’s involvement of women with terrorist organisations evidences a religious motivation with the expectation of gaining a reward in the afterlife.

Henceforward, taking lesson from the near past and becoming conscious about the new trends of women’s expansion of radical ideology as well as active involvement with terrorism, counter radicalisation strategy should be steadily geared towards preventing terrorism and making the earth a better place for all living beings.

The writer is working as a “Lecturer” in Department of law  at the East West University Dhaka, Bangladesh.