‘Scientific knowledge a must to cope with climate change effect’ 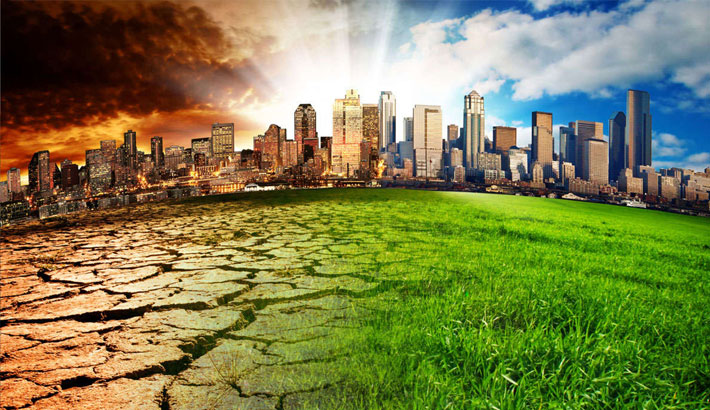 Speakers at a programme on Thursday called for disseminating scientific knowledge on climate change among people, especially those living in haor areas, to build their capacity for facing problems caused by the climate change.

People specially living in haor areas of Sylhet region do not have access to proper scientific knowledge on the issue. Hence, their lives and livelihoods have been affected to a large extent. If they had the knowledge, they could have prepared themselves to face the challenge, they said.

They came up with the remarks while addressing ‘TRACKS (Transforming Climate Knowledge with and for Society) Science Policy Workshop’ at Spectra Convention Centre in the capital’s Gulshan.

The speakers said the residents of the haor region have become victims of flash flood, pre-monsoon rainfall, storms and thunder strike. These have relations with climate change, but they are not aware of it. They should be informed of climate variability and its impacts on their lives.

“We need to weave science into social context and ensure people’s access to accurate data of timely weather forecast about flood, storm, pre-monsoon rainfall, hailstorm, temperature and fog,” they added.        Matthias Kaiser, Professor of University of Bergen, Norway, moderated the programme with Dr Atiq Rahman, Executive Director of BCAS, in the chair.

Prof Dr AKM Saiful Islam, Teacher of Institute of Water and Flood Management, BUET and Dr Scott Bremer, Scientist of University of Bergen, Norway, also spoke on the occasion among others.