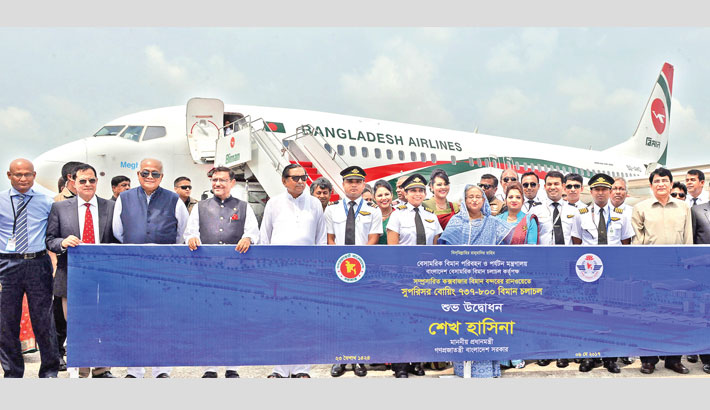 Sheikh Hasina flew to Cox’s Bazar by the same aircraft, which took off from Hazrat Shahjalal International Airport around 9:20am and landed at Cox’s Bazar airport at 9:50am.

The Prime Minister is scheduled to lay down the foundation stones of 17 development projects in the beach town later in the day. The Bangladesh Army, under the supervision of the Roads and Highways Department, constructed the 80-km marine drive for protecting the Cox’s Bazar seashore.