Rabindranath Tagore: A Poet Of Beauty 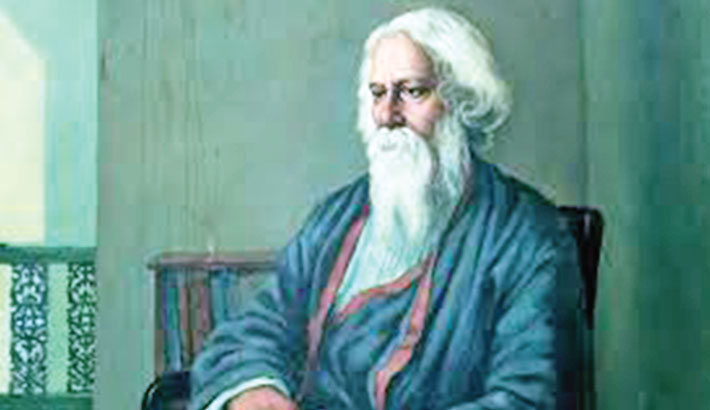 Rabindranath Tagore in the modern history of human thoughts makes an unparallel room for the future generations in the Bengali literature especially for his unlimited creations of beauty and unfathomable track of literary mind. Among all his creations perhaps the area of his lyric and unbounded sections of musical tone are substantially incredible. He was an extraordinary music composer in the world and very interestingly places the notation of all his songs with clear perfection. Intoxicating rhythm and the style of its placement are exquisite. It provokes the small artery of heart and vibrates the neuron of human brain with musical assemblage. Tagore music tries to make reconciliation between the earth and un-earth. It sprinkles the lump of emotional nugget to the untouchable sky.

His unbounded area of creations officially enthrals millions of people everyday but his unofficial intrusion to the ordinary mind is perhaps more invigorating.

Crores of people remember his song every morning in this sub-continent as their national anthem which is believed to be the most fascinating case in the world. Moreover, Rabindranath unofficially makes a huge space in the mind of culturally enriched Bangalees. It is rather difficult to find a person in our society having no knowledge about Tagore’s song or poem.

This is truly an exception. Such events happened in none’s life in the world so far. He is much more relevant to the mind of Bangalees like Goethe to German or Shakespeare to Britons. It is rather difficult to make the difference between his poem and songs because many of his poems contain the same volume of sublimity. His songs bears the sorrow and pleasure; of debate and discuss, joy and ecstasy.

Tagore is thus much more acclaimed by his countrymen as well as the people of the world with equal venerations in spite of some detractors around him. He has written more than two-thousand songs in his 80-years long life. Many of his songs were translated in different languages including English and German.

In west, his popularity exceeds many famous men at certain period of his life. His popularity was once towering in Europe and leaves behind Maria Rilke (1875-1926) the most recognised German mystic poet at the end of 1930s. Albert Einstein has had much nice time with Tagore and debated on many other issues including the creations of music and its relation with human mind.  Perhaps, it leaves little scope in the field of human emotions which remains untouched by Tagore. Nature, love, prayer, patriotism, diverse, and ballads are the chief contents of Tagore’s creations.

Rabindranath Tagore was brought up in Upanishadic atmosphere from his childhood. His father Devendranath Tagore was a member of Brhama Samaj which was believed to be the sub-section and modified version of Hinduism. With the early time advances, Rabindranath gradually tries to locate the message of Upanishad in the core of his heart. As a result, a very simple and straight-cut philosophical tone had been in operation in his heart from the beginning of his poetic career. This is of much like to impersonal pantheism. God is all-pervading and touches all points of the nature.

He believes in oneness; believes in undivided soul and unvarnished truth. One eternal entity displays herself in different forms and figure, he believes. The Absolute being, he holds, is the supreme entity and the central point of everything else. Everything in the world is the explication of the undivided soul. Truth, he asserts, is one but facts are many. Tagore’s song is sometimes called the song offerings or the offerings unto the supreme personality of godhead.

To be sure, Tagore’s spiritualism encompasses all objects in the world. So, God and nature are not likely differentiated in his writings. In the true philosophical sense, Tagore‘s words come out of his soul. Perhaps, it speaks the language of all Bangla-loving people around the world. Many of his songs conjoin the traditional Bangla folk songs with western music. During the time of Zamandari at the turn of 19th century in Purbo Bangla he was influenced by Laloon and Gagoon Harkara—two famous mystic poets of Purba Bangla. Their mystic approach to the tender mind was seriously taken as the chief content of his music.  Philosophically these songs offer an idealistic mental provocation. Of course, many elements of those offerings contain much of non-idealistic statue.

Tagore will be in the heart until the last moment of Bangalee civilisation. His physical departure is ephemeral. Satyajit Roy writes in the UNESCO Courier, London in 1961, “On August 7, 1941, in the city of Calcutta, a man died. His mortal remains perished, but he left behind a heritage which no fire could consume. It was a heritage of words and music and poetry, of ideas and ideals, and it has the power to move us today and in the days to come.”