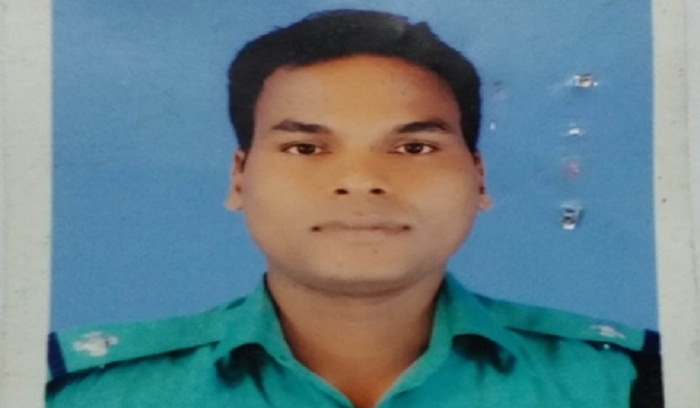 ASI Ibrahim Mollah's killer is the member of an outfit that does not support Bangladesh's independence and wants to destabilise the country, Inspector General of Police (IGP) AKM Shahidul Hoque said on Friday without elaborating.

"It seems to us the killer is a member of an organised criminal outfit which doesn't support the country's independence and does not like its stability and development," he said.

The IGP was talking to reporters at Rajarbagh Police Lines in the city after attending the namaz-e-janaza of slain assistant sub-inspector of Darus Salam Police Station Ibrahim, who was stabbed to death by a miscreant in Gabtali bus terminal area on Thursday night, UNB reports.

The criminal stabbed Ibrahim indiscriminately when the police officer challenged him at a check-post on suspicion after he got down from a bus near Parbata Cinema Hall around 8:45 pm. Ibrahim was taken to Suhrawardy Hospital where doctors declared him dead.

Meanwhile, other policemen caught one Masudur Rahman, believed to be an accomplice of the criminal who fled the scene after the incident.

The IGP said police conducted raids on Kamrangirchar area based on information gleaned from detained Masud and arrested three suspects. "Drives to arrest the other criminals -- members of the organised gang – were going on," he added.

He, however, did not elaborate about the gang as he only said investigation is underway in this regard.

Meanwhile, the body of ASI Ibrahim Mollah was sent to his village home in Bagerhat following the first namaz-e-janaza at the Rajarbagh Police Lines after Jum'a prayers.

Hospital sources said there were three stab marks -- one in the chest and one each in the left side and right side of his abdomen.