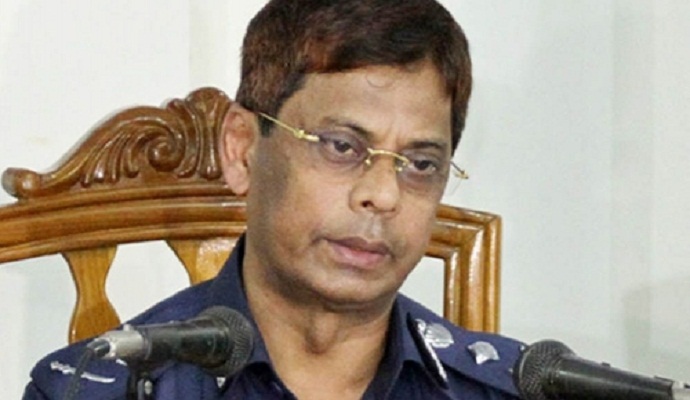 Inspector General of Police (IGP) AKM Shahidul Hoque on Saturday hoped that the mystery behind the killing of former Power Development Board (PDB) chairman Khijir Khan would be unearthed soon.

“We’re working actively to have the clue to the murder... senior police officers have been monitoring the investigation process of the case,” the IGP said.

He was talking to reporters after inaugurating the ‘Popular Life Insurance 15th Inter District Women Volleyball Competition 2015’ at Volleyball Stadium here in the afternoon.

Miscreants slaughtered Khijir Khan, 66, at his Khanka Sharif (gathering place of followers) at Gudaraghat in the city’s Madhya Badda area on October 5 evening.

The IGP, however, denied making any comment over getting any clue to the murder. “Investigation is on. We’ll definitely let you know after detecting the case,” he added.

“We’re now very much alert and similarly the intelligence agencies have also remained more alert to ensure the security of foreigners. We’ve already taken a number of steps, including increasing mobility of police alongside strengthening vigilance in Dhaka city and also other part of the country,”  the IGP said.

Italian national Cesare Tavella was gunned down in Dhaka city’s Gulshan area on September 28 while Japanese citizen Kunio Hoshi in Rangpur on October 3.

About the postponement of Australian Cricket team’s Bangladesh tour, the chief of the police force said there is a congenial atmosphere for the scheduled international cricket matches.

“We assured them of providing all-out security, but they (Australian cricket team) cancelled the tour,” the IGP added.