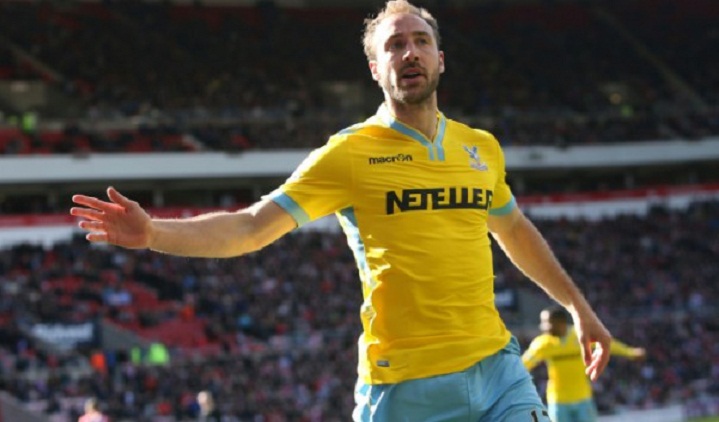 Glenn Murray scored his first Bournemouth goal but then squandered a late penalty in a 1-1 Premier League draw with fellow promoted club Watford on Saturday.

Making his full Bournemouth debut in place of top scorer Callum Wilson, ruled out for six months with a ruptured cruciate ligament, former Crystal Palace striker Murray put the hosts in front with a first-half header.

But after a howler by Bournemouth goalkeeper Artur Boruc had allowed Odion Ighalo to equalise, Murray fluffed a chance to give his side the points when his late penalty was saved by Watford goalkeeper Heurelho Gomes.

The result left Eddie Howe's side, who are unbeaten in three home games, four points above the relegation zone and two points below Quique Sanchez Flores's Watford.

Murray was one of two new faces in Bournemouth's starting XI, Joshua King being the other, and he spurned an early chance when he headed a cross from Matt Ritchie over the bar from six yards.

But in the 28th minute the same combination yielded the opening goal, with Ritchie's right-wing cross picking out the unmarked Murray, who headed into the top corner.

Murray was booked late in the first half for a foul on Etienne Capoue, the pair having tangled moments earlier, and shortly afterwards Boruc's blunder gifted Watford the equaliser.

The former Celtic goalkeeper passed the ball straight to Ighalo and the Watford striker took advantage by rounding the Poland international and rolling home his fifth league goal of the season.

Ben Watson hit the bar for Watford early in the second half, but Gomes was required to save with eight minutes remaining when Bournemouth centre-back Steve Cook sent an acrobatic volley towards goal.

With five minutes to play Murray was handed an opportunity to secure victory after Capoue was adjudged to have felled Adam Smith inside the area, but Gomes guessed the right way to earn Watford a point.