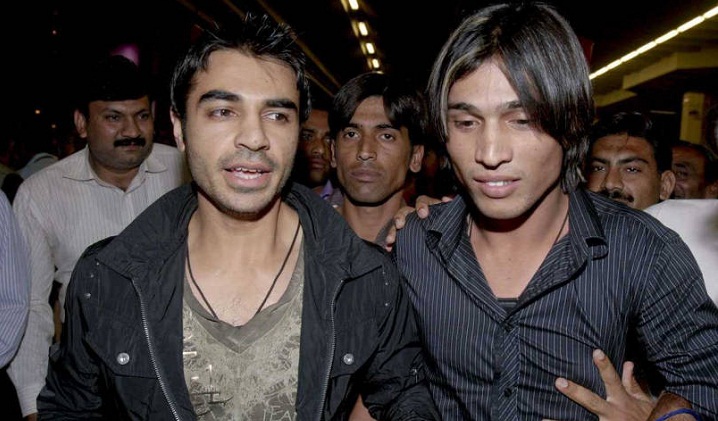 Mohammad Amir (right), Salman Butt (left) and Mohammad Asif were banned in 2010 for spot-fixing in a Test match against England.

Karachi: Mohammad Amir took seven wickets in an innings of a domestic match in Multan on Friday, saying he is overjoyed with his progress after being relieved of a spot-fixing ban. This was Amir's first match after his ban ended.

The 23-year left-arm paceman is playing domestic matches as part of his rehabilitation under the Pakistan Cricket Board (PCB) after a five-year ban ended earlier this month.

Along with Salman Butt and Mohammad Asif, Amir was banned in a 2010 spot-fixing scandal which rocked the cricket world.

The trio were charged for orchestrating deliberate no-balls in return for money in the Lord's Test against England. They were also jailed by a UK court.

Playing for Sui Southern Gas Corporation in the qualifying round (a non first class match), Amir finished with 7-61 to complete a ten-wicket haul in the match against State Bank of Pakistan.

That took his tally to 17 wickets in two matches after he finished with seven in the first game.

"I am enjoying my bowling and am satisfied with my progress," Amir told AFP from Multan by phone. "I am feeling better day by day."

Amir said he was very much focused on domestic matches and was not thinking of returning to international game soon. "My focus is on domestic matches and I want my team to qualify for the main rounds," said Amir, whose team will qualify for the main rounds of Quaid-e-Azam Trophy --Pakistan's premier first-class tournament -- if they win the next game starting in two days.

"International cricket is not on my mind yet and once I attain that full rhythm then only I will make my future plans," said Amir.

Amir was regarded as the "hottest property" in the game at the time of his ban by none other than the legendary Pakistan paceman Imran Khan.

PCB earlier this month said all three players have to complete a comprehensive rehabilitation programme before getting closer to selection in the national team.

The programme includes social and charity work and lectures to young players on how to avoid the pitfalls of corruption in cricket.