Rabuka sworn in as Fiji prime minister after close election

Sitiveni Rabuka was sworn in as Fiji’s prime minister on Saturday more than two decades after the former military commander first held the office in a term lasting nearly seven years.

The 74-year-old won the nomination by one vote over incumbent Frank Bainimarama at a sitting of the Fijian Parliament in Suva.

Rabuka, the head of the People’s Alliance Party, was elevated to the position after forming a majority coalition with two other parties following last week’s close and contentious election.

The tripartite coalition had announced on Tuesday its intention to form a government with a combined 29 seats compared to the 26 held by Bainimarama’s Fiji First Party.

The People’s Alliance Party and affiliated National Federation Party shared 26 seats but were able to form an alliance with the Social Democrat Liberal Party to break the deadlock.

Bainimarama, who served as Fiji’s prime minister for almost 16 years, and Fiji First had refused to concede the election results in the days following the polls.

A secret ballot of lawmakers on Saturday chose Rabuka 28-27. The result indicated that one member of the new ruling coalition was against the change in prime minister.

The same ballot split occurred in voting for the roles of house speaker and deputy speaker earlier during a Christmas Eve parliamentary session that lasted three hours.

Rabuka had said prior to Saturday’s sitting that his pending election would mark “a turning point in Fiji’s modern history.”

It has been a tense week in Fiji, a Pacific nation where democracy remains fragile.

On Thursday, army and navy personnel were reportedly called in to protect minority groups over threats against them following the election.

Fiji has experienced four military coups over the past 35 years, and both Rabuka and Bainimarama have held lead roles in previous moves to oust former Fijian leaders.

Bainimarama instigated a coup in 2006 that led to the removal of Laisenia Quarase as prime minister, a role he then assumed until the elevation of Rabuka on Saturday.

Earlier in Saturday’s parliamentary session, Naiqama Lalabalavu was appointed the new speaker of the house after a secret ballot saw him receive one vote more than Fiji First candidate Epeli Nailatikau, who served as president of Fiji from 2009 to 2015.

The leaders of Fiji’s closest regional allies welcomed the election of Rabuka.

Australian Prime Minister Anthony Albanese described his nation and Fiji as members of the same “family” in a social media post, adding that he looks forward to “strengthening our countries’ relationship even further in 2023.”

New Zealand Prime Minister Jacinda Ardern hailed “our very warm relationship” with Fiji and said she looked forward to working with Rabuka. She also acknowledged Bainimarama’s leadership, saying he had created “an important legacy for Fiji” as a regional leader in several areas including climate change. 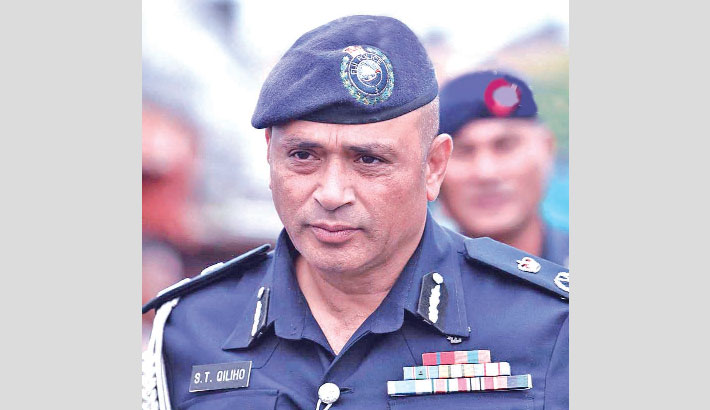