Dying State of the Middle Class

As a social phenomenon, social stratification is hardly new. People's abilities, social positions, and other indicators are used to create stratifications in all kinds of societies across the globe. People from the top class live on one side of society, while those from the middle class, lower middle class, and lower class live on the other. Bangladesh has had a stratified social structure for as long as anybody can remember. Given that they belong to neither the high nor the lower classes, those in the middle find themselves caught between the two groups under tremendous pressure.

On the one hand, they cannot go below a certain level for subsistence, just as they can't fritter away money like the well-to-do. As a result, this category is the worst suffers in the present reality. Some readers may be puzzled by the inclusion of the middle-class problem in this write-up.

The world had already felt the effects of the COVID-19 pandemic that started in early 2020. The war between Russia and Ukraine caused a global economic slump when the world began recovering from the pandemic's impacts. Recession's effects have been felt in many nations around the world. Sri Lanka was the only South Asian nation that had reached financial ruin. They are attempting a turnaround with assistance from several international organisations. The state of affairs in both Europe and the United States is worrying. There has been a significant economic decline across Europe.

Current UK inflation rates are among the highest ever recorded. To address the economic crisis, two prime ministers have previously resigned. Bangladesh's position in South Asia was relatively strong in the early stages of the war. Over time, however, Bangladesh began to feel the impacts of the worldwide economic downturn. There has been a severe drop in the available foreign currency reserves. The government is having trouble paying for import costs. The government has decided to discourage the import of several luxury goods. Anxiety is running high as many wonder how badly the global economic downturn will hit Bangladesh in 2023. In several of her speeches, the Honourable Prime Minister of the Government of Bangladesh has already informed the people of Bangladesh of the effects of the global recession.

People in Bangladesh are experiencing the same difficulties as those in other countries due to economic stagnation following the global recession. The government has increased the prices of fuel and edible oil in response to the abnormal increase in the price of oil on the global market. A rise in fuel costs is preventing efficient power generation. Therefore, austerity measures have been adopted by the government to distribute electricity among consumers. Prices of daily necessities have gone up on the domestic market, making life difficult for the average consumer. Despite the government's best efforts, the market price of commodities has not been controlled.

Middle-class people are the hardest to deal with in this situation. Members of this group are struggling to make ends meet. The vast majority of this group holds jobs in the public or private sector. Most of them put their money into savings bonds and live off the interest they earn. However, the government cut interest rates on savings bonds to mitigate the economic downturn. Savings bonds are less profitable now that they are split into multiple slabs. Therefore, many people's incomes have dropped.

Many businesses have had to lay off many workers due to the economic downturn caused by COVID-19. Due to a drop in income from their jobs, many middle-class citizens rely on the dividends from their investments. This has made their daily lives more complex than they would like. It's worth noting that this group has exceptionally high levels of self-esteem. This means they cannot function at a certain level below their potential. Unfortunately, things have deteriorated to the point where people must try several forms of employment to get by.

A four-person household's monthly outlay has doubled in the last two years due to the general upward price trend. The price of flour, which was Tk. 40 per kg before the Covid-19 outbreak, is now Tk. 62-65. The cost of rice has also gone up. The recent market price increase for vegetables has made life extremely difficult for the general public. The cost of fish and meat has also gone up. It has become increasingly challenging for many people to provide adequate protein for their families.

Protein-rich broiler chicken is a staple in the Bangladeshi diet. Broiler chicken sold for Tk. 100-110 per kilogram two years ago. However, it costs between 170 and 190 Tk. per kilogram now. The low-income population struggles to provide enough protein for their families. Thus, middle-class people are disadvantaged socially and face serious health hazards. Eating protein with each meal is essential because it improves disease resistance. However, a large population fails to take a balanced diet. As a result, they suffer from a wide range of health issues likely brought on by their protein deficiency, which could become an issue in the long run.

The Honourable Prime Minister has warned her citizens in several addresses that a famine-like situation may occur in Bangladesh due to the global economic recession in 2023. She urged the populace to prepare for famine by cultivating vegetables in backyards and on unused plots of land. People in the middle class, lower middle class, and lower classes often lack access to land for vegetable gardening. The majority of people in this group rely on the wage they receive for their work each day and the money they make by offering their services to various organisations.

In the face of this challenging reality, many people wonder if the middle class in a country like Bangladesh is in danger. If the current trend persists, the middle class may fall into the lower middle class or the poor. People from all levels of society, especially upper-class people, have to come forward to help people in need so that we can overcome the situation collectively. In times of crisis, the government of a country like Bangladesh cannot offer its citizens extensive support. The government's finances have also been vulnerable to the ongoing economic downturn. However, the encouraging fact is that the International Monetary Fund (IMF) has agreed to extend its support to the government during this crisis. Obtaining this loan will help the government in overcoming the current economic crisis. But things might become messy if the government doesn't rein in domestic commodity prices. And if that happens, the existence of the middle class will be seriously jeopardised.

(The writer is a Professor,  Department of Public Administration, University of Rajshahi) 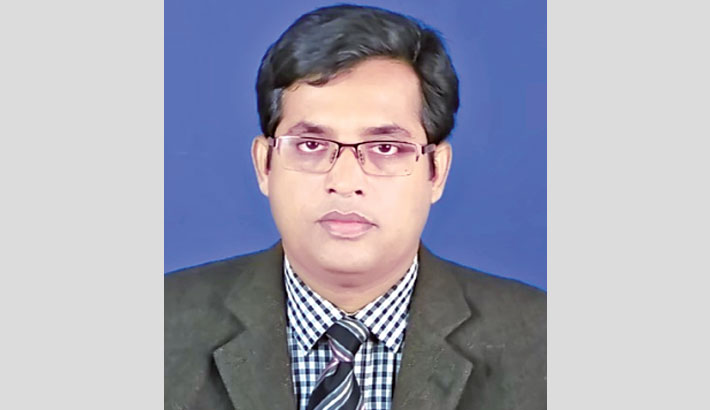 Dying State of the Middle Class 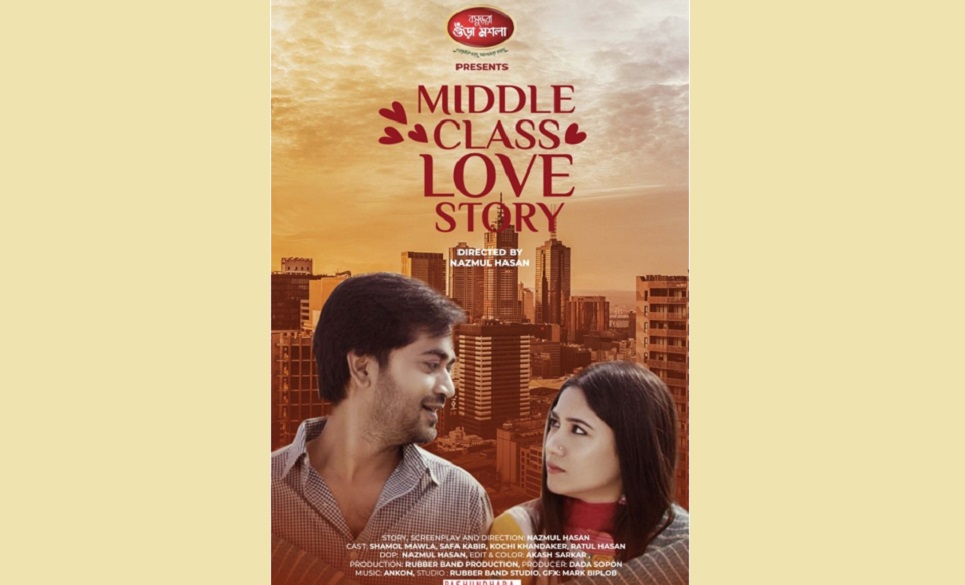 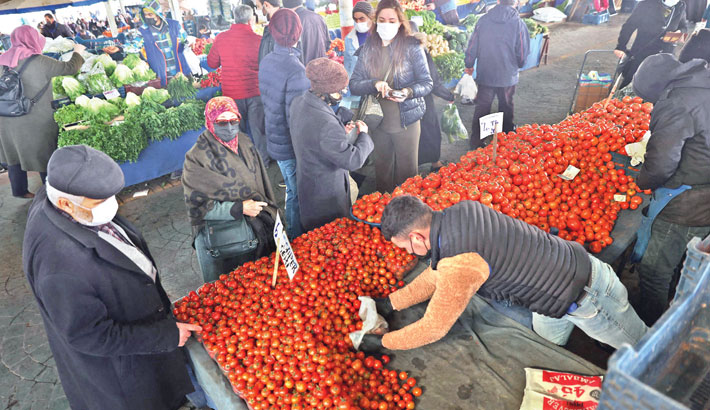 People shop at an open market in Ankara recently. With an official inflation rate of 48.7 per cent in January over one year, the cost of daily life has continued to rise and gas and electricity prices have become unbearable for the middle classes. 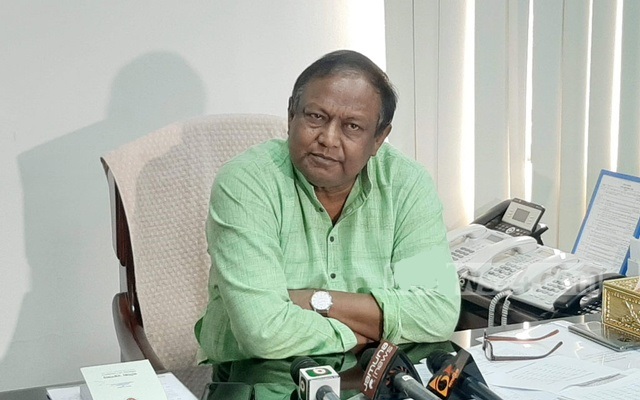 Save middle class from sorrows 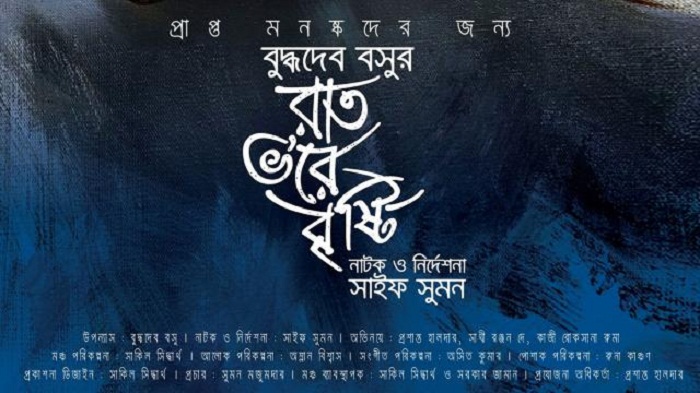