Rows of fidgeting Hong Kong schoolchildren looked on as a short film explained what constitutes a national security crime, using former US President Donald Trump as an example -- and a warning.

The TV was surrounded by dozens of stuffed panda toys, which the children were assured they could play with later if they listened attentively.

The screening was at Hong Kong's first patriotic education centre, which teaches students about the city's new national security law as well as China's history and achievements.

Beijing imposed the sweeping law on Hong Kong to snuff out dissent after huge and sometimes violent democracy protests in 2019 -- and schools have been ordered to instil a new sense of patriotism into children.

As the new academic year began on Thursday, another group of some 40 students from Pui Kiu College, known for its patriotic teaching, were among the first visitors.

"Can anyone tell me why national security matters," a retired teacher-turned-volunteer guide, who gave her surname Kan, asked the chirping crowd.

During Kan's talk, Trump and the January 6, 2021 Capitol Hill riot were used to illustrate subversion -- the offence of trying to topple or undermine the government.

Lai and senior editors from the now-shuttered Apple Daily newspaper are facing an upcoming trial on collusion charges for allegedly lobbying for international sanctions against Hong Kong.

Then Kan turned to the moment Hong Kong's legislature was broken into by democracy protesters in 2019.

"What offence was committed by the children who looked like they were going mad in the legislative council," Kan asked.

"They didn't set a fire or kill people," Kan said, nudging them towards the offence of subversion.

The centre is operated by the city's largest pro-Beijing teachers union in a vacated school at the foot of Lion Rock -- a mountain popularly considered a symbol of the city's can-do spirit.

Until recently, Hong Kong teachers could also join a pro-democracy union but it closed in the wake of the political crackdown.

The huge 2019 rallies came after years of growing demands for Hong Kongers to have a greater say in how their city is run.

Leaders in Beijing and Hong Kong have dismissed calls for democracy and instead portrayed the movement as a foreign-directed plot to destabilise all of China.

"In the past, some ill-intentioned people... smeared national education for a long time," he said at the time.

"I fully believe the centre will become... a learning field that nurtures a new generation of youth who love China and Hong Kong."

Kan told AFP that she used to attend the annual vigils in Hong Kong to commemorate democracy protesters killed by Chinese troops in Tiananmen Square.

"I regret how late I began to love my country," she said as tears welled up in her eyes. 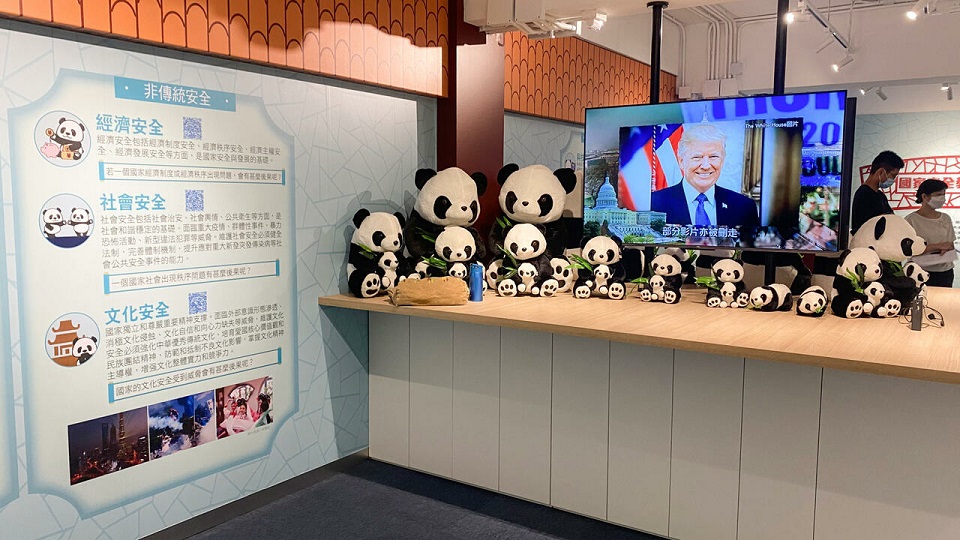