Police in a drive arrested five members of a motorbike theft  gang including its ringleader from Shanir Akhra and Dhalpur areas of the capital on Tuesday, police said on Wednesday.

Police in a simultaneous drives in Sanir Akhra and Dhalpur arrested them after checking the CCTV footage of Wari and Gendaraia areas of the capital during investigation of two motorbike theft cases, said a press release of DMP issued on Wednesday.

After interrogation, it was known that the arrestees had long been involved in stealing motorbike from different parts of the city.

Nur Mohammad is the ringleader of the gang and he used to work at a furniture shop in Juraine.

Sajal, Manir and Akash were involved in brining customers to sell the stolen bikes, it said.

Besides, Nur was wanted in four cases, Robin in three cases and the others were wanted in one case. 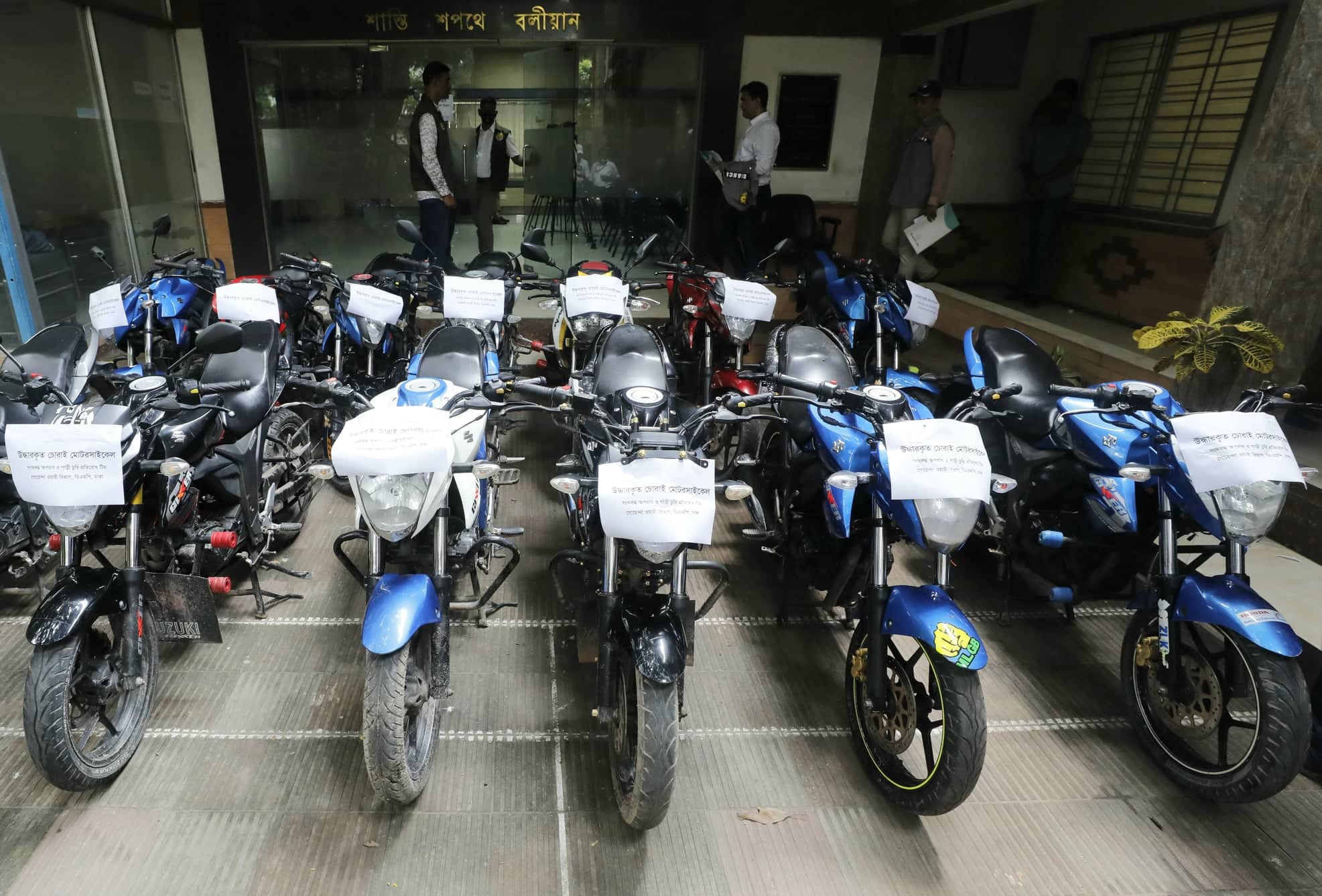