He told this while delivering the country statement at the '2022 International Ministerial Conference on Freedom of Religion or Belief', hosted by the UK government in London On July 5-6, said the Bangladesh High Commission in London on Thursday.

"In 1971, Father of the Nation Bangabandhu Sheikh Mujibur Rahman founded a democratic and secular people’s republic, the spirit of which was destroyed by the communal forces following the brutal assassination of Bangabandhu in 1975,” the Minister said. 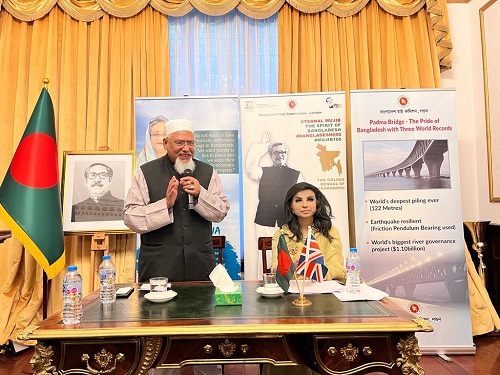 “It was his visionary daughter Prime Minister Sheikh Hasina who restored religious freedom in the constitution as the cornerstone of our secular identity and declared a ‘Zero Tolerance Policy on any form of discrimination or violence against religious minorities.”

Prime Minister Sheikh Hasina's exceptional leadership in sheltering 1.1 million Rohingya Muslims was praised as a unique example of protecting the highest number of religious minorities when the minister made Bangladesh’s pledges at the pledging session of the conference.

These include renovation and restoration of more than 2300 important Hindu temples, 65 major churches and establishments for Christian communities, and building of a Buddhist monastery at the birthplace of Gautam Buddha in Lumbini, Nepal, as well as the construction of a permanent office for the Hindu, Buddhist, and Christian Welfare Trusts in Dhaka for the first time in Bangladesh.

Faridul Haque Khan also briefed the conference on Prime Minister Sheikh Hasina's major initiatives to ensure the welfare and equal rights of all religious groups, including allocating the largest budget ever for the four major religious groups and providing allowances for their festivals.

He highlighted that the government would implement a nationwide ‘Religious Harmony and Awareness’ project through education and cultural activism involving women, youth, civil society, community and faith leaders to promote further a culture of peace, tolerance and inclusiveness”. 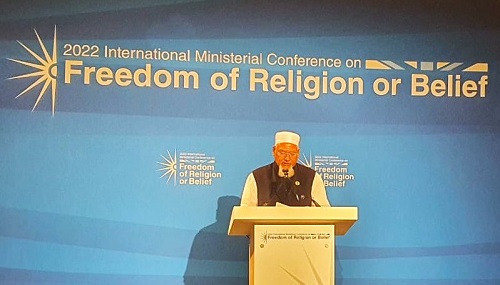 High Commissioner for Bangladesh to the UK Saida Muna Tasneem joined the conference that brought together 800 delegates from over 100 countries, including delegates from every continent in the world and representatives from major faith and belief communities.

During his official visit to UK, State Minister for Religious Affairs attended a reception at the Number 10 Downing Street hosted by British Prime Minister Boris Johnson and a breakfast meeting at the British Parliament hosted by UK Minister of State for South Asia Lord Tariq Ahmad.

The Minister also attended a dialogue with the leaders and representatives from different faith groups of Bangladeshi expatriates living in the UK, organised by the Bangladesh High Commission, London at the chancery.

High Commissioner Saida Muna Tasneem chaired the event where the minister spoke about Prime Minister Shaikh Hasina's commitment to ensuring religious freedom and promoting communal harmony as well as various initiatives for the welfare of all faiths. 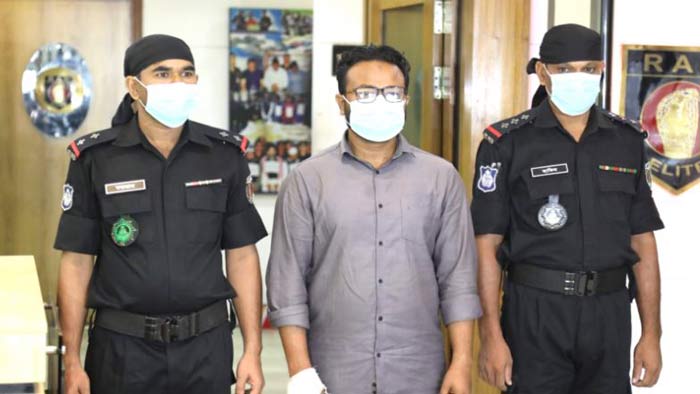