Prime Minister and Awami League President Sheikh Hasina asked her party leaders and activists to make sure that none including her party men would suffer against the backdrop of the Covid-19 outbreak and the Russia-Ukraine war.

"Make sure that not a single activist of mine and the countrymen would suffer," she told the party leaders and activists in a meeting.

She was exchanging views with leaders and activists of Tungipara and Kotalipra upazila Awami League, its front and associate bodies at Kotalipara Upazila AL office in Gopalganj district.

The Prime Minister said her government has been working tirelessly to transform Bangladesh into a developed and prosperous nation free from poverty and hunger as envisioned by Father of the Nation Bangabandhu Sheikh Mujibur Rahman.

She asked the Awami League leaders and activists to stand beside the people to pursue the government move that none will remain poor, homeless and hunger anymore.

"Each of the Awami League leaders and workers has to work for changing the mindset of doing only for oneself," she said.

The Premier reminded her party activists as well as the countrymen that the world is now going through a critical juncture due to the double blow of the ongoing Coronavirus and the Russia-Ukraine war and reiterated her call to all to show austerity in every sector particularly in using energy like electricity.

"Big countries such as America and England around the world are now suffering from food crisis. We're still in a good position and trying to be well. It requires help from all," she said.


The Prime Minister asked all to bring every inch of land across the country under cultivation to grow more food as Bangladesh never faces such crisis.

Sheikh Hasina said her government has built the Padma Bridge, given electricity to every house and is giving home to every landless and homeless people and ensuring food security for all aimed at continuing the march of Bangladesh towards prosperity.

Despite the fact, she said some people at home and abroad have been trying to oust the Awami League government.

She questioned: "What is the guilt of Sheikh Hasina's government? On what crimes, they want to dislodge the Awami League government?"

She asked the party leaders to inquire about the wellbeing of every partyman and stand by them if required.

In this connection, the Premier recalled the inhuman torture on the leaders and activists of Awami League during the regimes of Zia, Khaleda, Ershad, Ayub and Yahiay Khan.

Earlier, the Prime Minister reached her ancestral home in Gopalganj's Tungipara for the first time crossing the Padma Bridge at 11:40 in the morning since its inauguration to traffic on June 25 last.

The Premier was accompanied by her son Sajeeb Wazed Joy and daughter Saima Wazed.

The Prime Minister earlier paid rich tributes to Bangabandhu by placing a wreath at his mausoleum.

On her way to Tungipara, Sheikh Hasina with her family members spent some time on the Padma Bridge and took rest for a while in Jajira point's service area.

The Premier reached Dhaka at 5:30 in the afternoon. 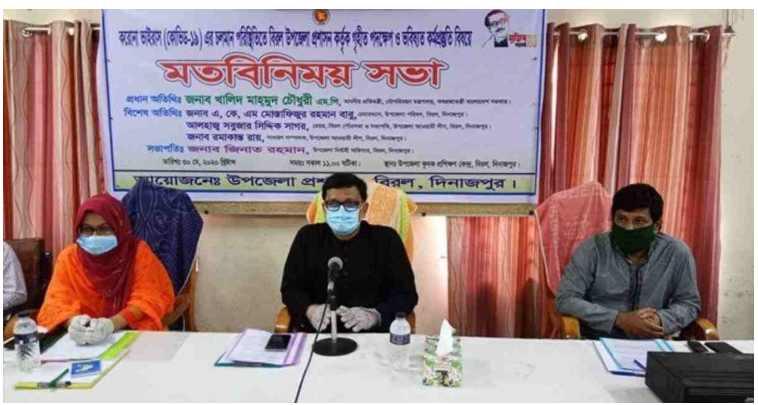 Make sure relief reaches everyone on list of recipients: Shipping Minister

Make sure none enjoys impunit