Russian tennis star Daria Kasatkina has been praised after she rushed to attend to injured Ukrainian opponent Anhelina Kalinina during their grass court match in Berlin.

Meeting on Monday in the first round at the WTA’s German Open – also known as the Grass Court Championships Berlin or bett1open – Kalinina appeared to sprain her ankle after stumbling at the start of the second set.

Rather than taking advantage of the pause in play to grab a breather, Kasatkina instead rushed to the aid of her rival by bringing her a pack of ice.

“This is really nice to see from Kasatkina, one of the most well-liked players on tour,” said a member of the commentary team.

The gesture was also praised online as some hit out at the notion that Russian players should be slapped with a blanket ban from the WTA and ATP tours due to the military campaign in Ukraine.

“And some people think that Russians have no business being on a tennis court…,” read one comment from a popular Twitter account which follows the sport.

Ukrainian world number 37 Kalinina took the opening set 7-5 against Kasatkina before the sixth-seeded Russian battled back to claim the next two sets 6-3 6-1 against her ailing opponent.

Ranked number 12 in the world, Kasatkina has entered the grass court season on the back of a strong showing on clay at the French Open, where she reached the semifinals before falling to eventual winner Iga Swiatek.

However, Kasatkina and her compatriots will not be permitted to appear at the next Grand Slam of the season at Wimbledon when the showpiece gets underway in London later this month.

Organizers at the All England Club have barred all Russian and Belarusian players from the tournament due to the conflict in Ukraine, with the WTA and ATP responding by stripping this year’s event of its rankings points.

Speaking last month, Kasatkina said she appreciated the support from the WTA for its opposition to the Wimbledon ban.

“It’s nice that they stood up for us. The situation is not easy, even discussing this topic now is very difficult,” the 25-year-old told Russian outlet Sport-Express.

“We don’t want to be deprived of work, that’s obvious. And we’re glad that our employer [the WTA] supports us.

“These are difficult times for everyone, for Ukrainians and Ukraine in general to an incredible extent, that goes without saying,” added Kasatkina. 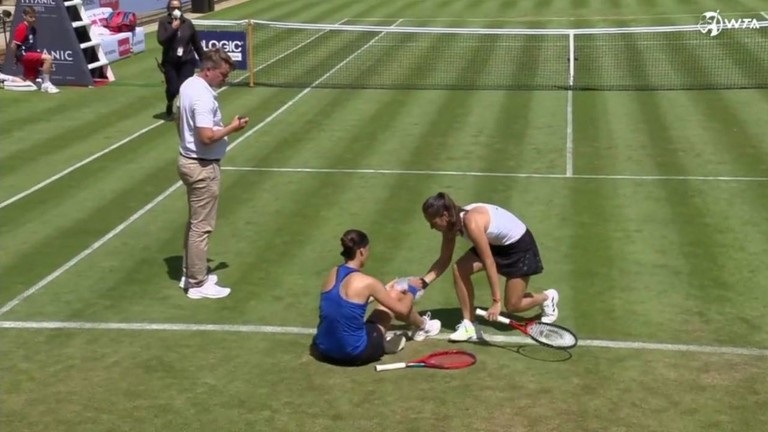