RAJSHAHI, Dec 27: A young man was roaming outside the Paba upazila land office here with  smiling face  having glances on a printed paper again and again as he was astounded getting a quickest service from the office.

“I came to this office to pay the annual land tax a while ago. But I got the services within only 10 to 15 minutes using the digital technology,” a 34-year-old van puller Mahfuz Ahmed told BSS pointing his finger to the land office when he was asked about his presence on the office premises.

Showing the auto generated receipt of the paid annual land tax amount of about Taka 1000, he said introduction of the digital method of paying land tax has made the service very easier for the people which also ensured transparency too.

Once it was a matter of fear to visit the land office thinking about the harassment and corruption to get the services and it was hardly possible to complete the work within a single day, he said, adding, “But now there is no need to spend more time or pay bribe to get the service, thanks to the government ‘Digital Bangladesh’ activities”.

Ranu Mandol, 50-year-old farmer of the upazila, came to the office for e-mutation as he bought a piece of land from his sibling.

E-mutation is the method of changing the title ownership from one person to another in the government record of rights digitally when the property is transferred or sold.

“I came here to get my land mutation as I have already applied for the service online,” he said, adding that the online system of mutation has simplified the service, saving time and money.

Noting that the process of getting the service has become very easier and transparent, Ranu said, “Now we don’t need to pay extra money or visit the office. We can now avail the service  paying the fees fixed  by the government online within the stipulated time”.

According to the land office, which has launched the e-mutation service for the first time in the country in 2017 with the assistance from the a2i of the Cabinet Division and the ICT Division with the support of UNDP, around 60 people on an average take different services per day from it.

Assistant Commissioner (land) of Paba SK Ahsan Uddin said, “We have launched the e-mutation service in November 2017 and brought the service completely under digital technology by 2018”.

Apart from e-mutation, he said they also serve the people with an online payment system for paying the annual land tax.

“We launched the online tax payment system in 2021. The people can now pay the land tax through online instead of visiting tahshil office and collect the receipt through e-mail,” the AC Land said.

Noting that the Paba land office has paved the way for digitizing the country’s land service, Ahsan said, “ For the first time in Bangladesh, an app titled ‘e-land office’ was launched in this office piloting a mouza, which showed the amount of tax of a landholder. And the landholders could pay the tax through the Mobile Financial Service (MFS) bKash”.

For this initiative, the Paba Land office received the Public Administration Award from the President, Ahsan said, adding that later the government has taken up a project for digitizing the country’s land services, including land tax payment one, across the country following “our model”.

The e-Mutation pilot program was started on February 1, 2017, in seven upazilas in the country for digitizing all land services under ‘Digital Bangladesh’,  one of the   Prime Minister Sheikh Hasina’s Ten Special Initiatives .

The cent percent e-Mutation was set out simultaneously across the country from July 1, 2019 while currently the e-Mutation is in operation in all upazila land offices, circle offices and in union land offices, except those in the three Hill Districts. 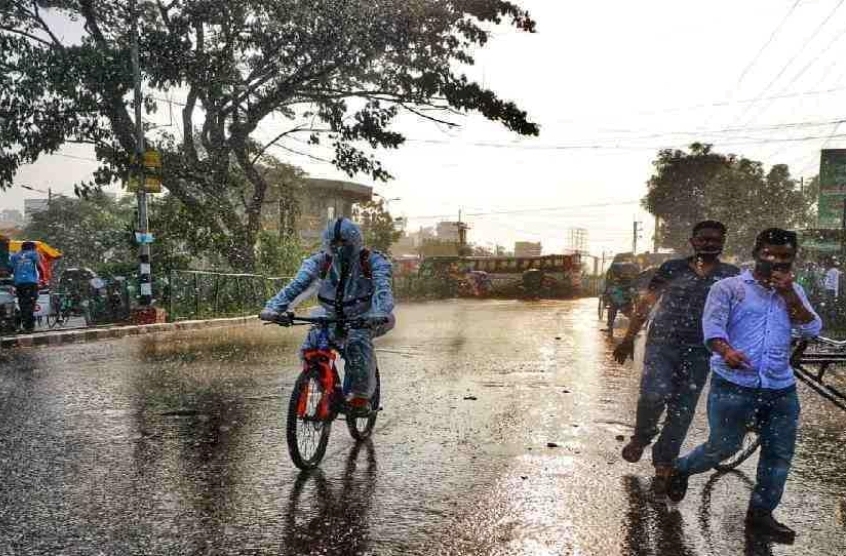