BNP’s eight day long programme has started on Thursday demanding release of the party chairperson Khaleda Zia from jail and to allow her to go abroad for medical treatment.

The party sources said the health condition of Khaleda Zia, who is undergoing treatment at the CCU (Coronary Care Unit) of Evercare hospital in the capital, remains unchanged. Sometimes, her health condition fluctuates.

The hemoglobin level in her blood has been fluctuating. She has become weak due to Haematemesis and defecating. She needed blood transfusion.

Khaleda Zia has also undergone several new tests, including a colonoscopy.  She is being administered oxygen due to breathing complications.

The Evercare authority is also taking advice of other expert physicians outside the hospital while the medical board of Khaleda Zia is also holding meeting virtually with some other doctors in the USA and UK.

As part of their 8-day programme, Jatiyatabadi Jubo Dal, youth wing of the BNP, arranged a rally in front of the Jatiya Press Club in the capital on Thursday demanding release of Khaleda Zia and her treatment abroad.

Speaking at the rally, BNP Secretary General Mirza Fakhrul Islam Alamgir suspected that Khaleda  Zia might have been subjected to slow-poisoning during her stay in Old Dhaka Central Jail.

“As part of a conspiracy hatched during the 1/11 changeover, she (Khaleda) was kept in jail for more than two years by convicting her in false cases. She was kept in an abandoned damp building of the Old Dhaka’s Central Jail where rats used to run around,” he said.

He said the BNP chief was later taken to Bangabandhu Sheikh Mujib Medical University (BSMMU) from the jail, but she was not given proper treatment there.

“Question has been raised among people whether Khaleda Zia was subjected to slow poisoning during her stay in jail. We clearly want to know this. Nothing is impossible to them (government). You (government) have sold this country, sent democracy to exile,” the BNP secretary general said.

He said it is possible to do anything bad for the government when it could assume power by indulging in ‘vote robbery’, filing false cases against 35 lakh people, gunning down and maiming the pro-democracy leaders and activists, and making disappear around 500 opposition leaders and activists.

Mirza Fakhrul alleged that conspiracy is being hatched not only to remove Khaleda Zia from politics but also to take her life.

Jubo Dal president Saiful Alam Nirob threatened that if the government doesn’t allow Khaleda Zia to go abroad for treatment within 24 hours, they would lay siege to Ganabhaban to realise their demand.

BNP secretary general at a press conference on Wednesday announced the 8-day programmes from November 25 to December 4.

Besides, BNP will arrange doa mahfil in all mosques across the country after Juma’ prayers on November 26 praying for Khaleda’s release and early recovery. The other religious community members will arrange prayers in their worship places on the same day.

Earlier, BNP’s district units submitted memorandums to the Deputy Commissioner (DC) offices across the country on Wednesday demanding the same.

On Monday, the party arranged countrywide rallies and observed a seven-hour mass-hunger strike all over the country on Saturday demanding government’s permission for Khaleda to go abroad.

Khaleda Zia, a 76-year-old former prime minister, was readmitted to Evercare Hospital on 13 November, six days after she had returned home from the hospital.

Law Minister Anisul Huq, however, recently said, “BNP chairperson first has to make a fresh application by going back to jail, if she wants to go abroad.” 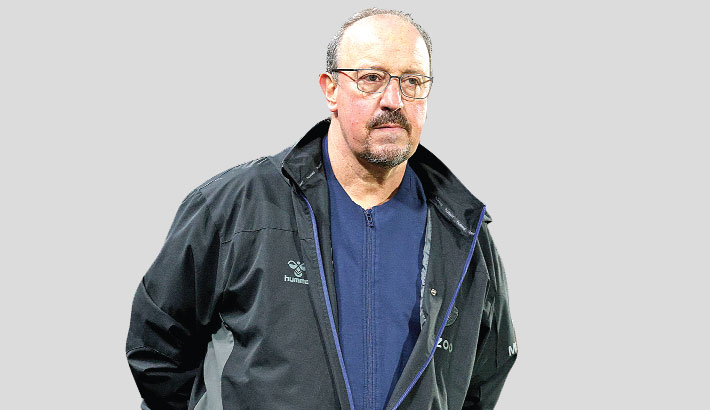