Group Captain Abhinandan Varthaman, who shot down a Pakistani F-16 jet during a dogfight over the Line of Control (LoC) on February 27, 2019, was on Monday awarded Vir Chakra by President Ram Nath Kovind at an investiture ceremony at Rashtrapati Bhavan in Indian capital New Delhi.

The dogfight in which Abhinandan was involved took place a day after the Indian Air Force’s (IAF) Mirage-2000s struck targets in Pakistan’s Balakot in response to the Pulwama suicide attack in Kashmir in which 40 Central Reserve Police Force (CRPF) men were killed on February 14, 2019.

Abhinandan’s citation for the honour said he courageously engaged the Pakistani aircraft package despite its “immense numerical and technological superiority”, and his aggressive manoeuvres “forced the enemy aircraft into tactical chaos”.

“All the enemy aircraft thereafter turned back including the rear echelon aircraft which were yet to launch their air-to-ground weapons. Wing Commander Varthaman Abhinandan then pursued a retreating enemy fighter bomber aircraft, and in the ensuing aerial combat, shot down an F-16 aircraft with his onboard missile,” the citation read.

Abhinandan’s is the IAF’s first Vir Chakra after the 1999 Kargil war when Squadron Leader Ajay Ahuja and Wing Commander AK Sinha were awarded the wartime gallantry medal. Ahuja was given the honour posthumously.

Before the fighter pilot received his Vir Chakra on Monday, an Indian president last awarded the wartime medal at the Rashtrapati Bhavan’s Durbar Hall in November 2002 to Major Manoj Deshpande, Major Amitabh Roy and Havildar Chuni Lal for special missions on the LoC with Pakistan, officials said.

The awards given by Kovind on Monday included two Kirti Chakras and 10 Shaurya Chakras. Sapper Prakash Jadhav was posthumously awarded a Kirti Chakra for his heroics in a counter-insurgency operation in Jammu and Kashmir three years ago.

Abhinandan’s citation read, “Displaying exceptional air combat acumen and knowledge of the enemy’s tactics, Abhinandan scanned the low altitude airspace with his airborne intercept (AI) radar and picked up an enemy aircraft that was flying low to ambush the Indian fighter interceptor aircraft… Abhinandan alerted the other formation pilots towards this surprise threat.”

He was then a wing commander and promoted to the rank of group captain earlier this month. An IAF group captain is equivalent to an army colonel.

Abhinandan, then 35, scripted military aviation history by downing an F-16, seconds before his own MiG-21 Bison was hit by a missile forcing him to eject. Experts had hailed it as the first ever kill of an F-16 by a MiG-21 Bison, fighter jets of two different generations. He was captured after he bailed out of his aircraft, but Pakistan returned him to India on March 1, 2019, after holding him captive for almost 60 hours.

His Vir Chakra was announced on Independence Day 2019. The citation said, “Despite being captured by the enemy, he continued to display exceptional resolve in dealing with the adversary in a stoic, brave and dignified manner till he was repatriated on March 1, 2019.”

In February 2019, Abhinandan was posted with a MiG-21 Bison squadron and was on “operational readiness platform” duty at air force station Srinagar when a large Pakistan Air Force fighter aircraft package was detected heading towards LoC. The hostile jets were armed with advanced beyond visual range (BVR) air-to-air missiles and modern air-to-ground standoff weapons.

Abhinandan was scrambled to intercept this package five minutes after it was detected.

“He then consolidated the riposte, by gathering his wingman in an offensive formation against the hostile Pakistani aircraft now dropping weapons on Indian Army positions. This audacious and aggressive manoeuvre forced the enemy aircraft into tactical chaos,” it further said.

The citation said the wing commander then pursued a retreating enemy fighter aircraft and in the ensuing aerial combat, shot down an F-16. “However, in the melee, one of the enemy aircraft fired multiple advanced BVR missiles, one of which hit his aircraft forcing him to eject in enemy territory.”

On February 26, the IAF’s Mirages hit three targets in Balakot with five Israeli-origin Spice 2000 bombs with penetrator warheads that allowed them to pierce through the rooftops before exploding inside to cause maximum damage. 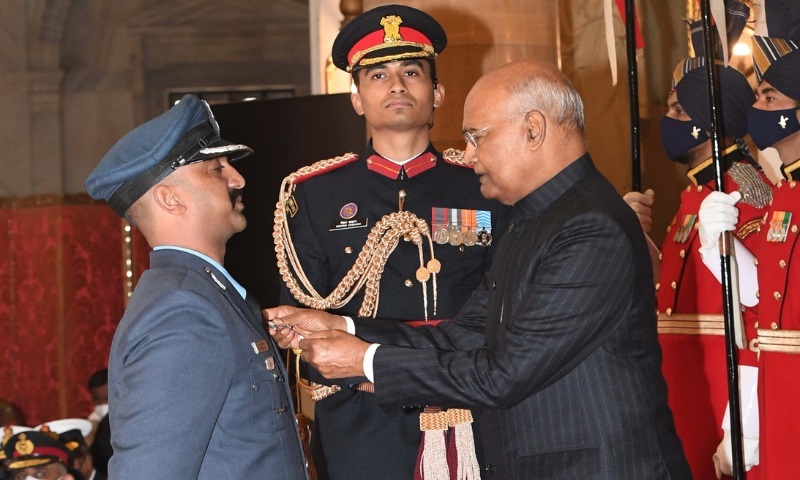 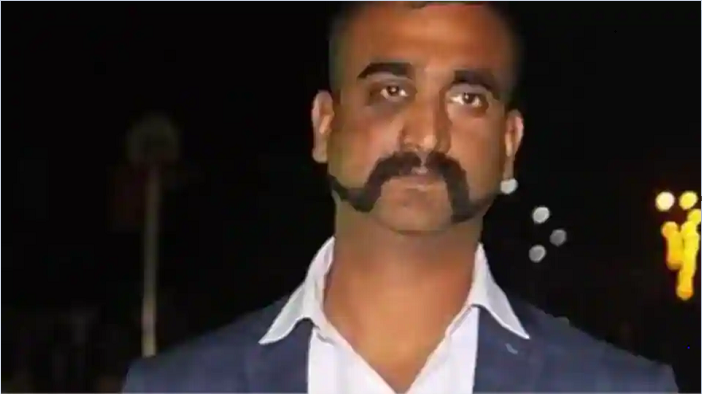 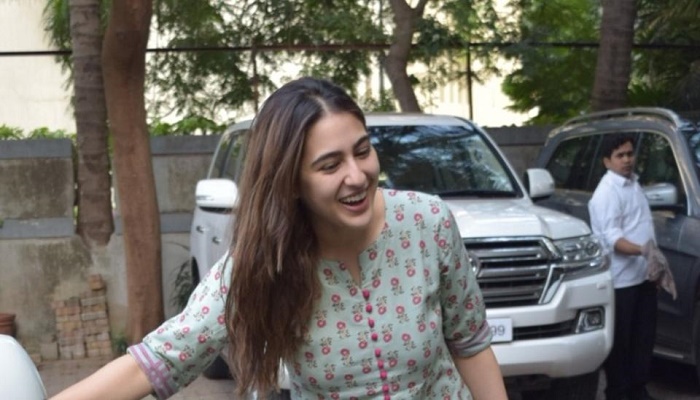 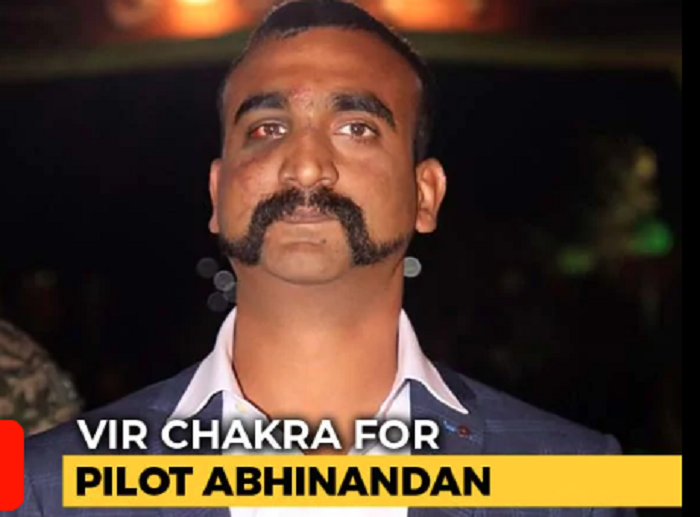 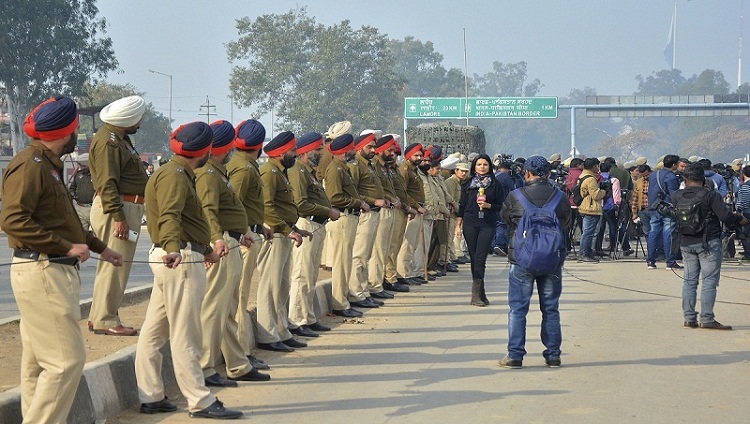 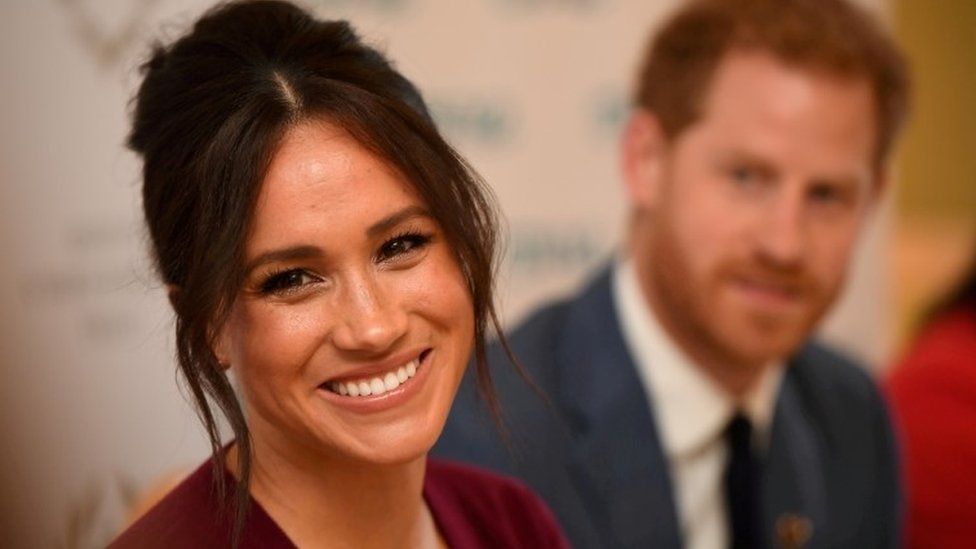