Newly elected executive committee of Association of Television Channel Owners (ATCO) paid tribute to Father of the Nation Bangabandhu Sheikh Mujibur Rahman by placing wreaths at his portrait at Bangabandhu Memorial Museum of Dhanmondi 32 in the capital on Monday. 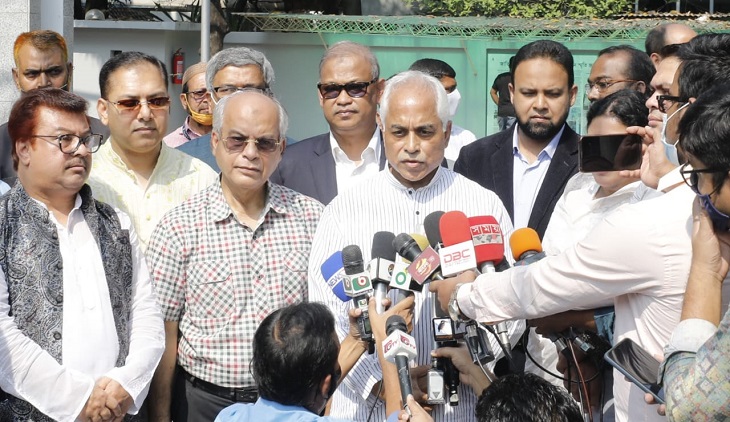 Rahul Raha, Head of News at NEWS24, represented Bashundhara Group Managing Director and newly elected ATCO Director Sayem Sobhan Anvir and placed floral wreaths at the portrait of Bangabandhu on behalf of him.

Meanwhile, Humayun Kabir Bablu, director of RTV, was present on behalf of ATCO Director Md Jasim Uddin of the channel.

Earlier, on Saturday, ATCO formed a 15-member board of directors through a democratic process for the next three years at its 44th general meeting held at a city hotel.

The board also includes directors Mahfuzur Rahman of ATN Bangla, Zahir Uddin Mahmud Mamun of Channel I and Abdus Samad of ETV.

Speaking on the occasion, ATCO President Anjan Chowdhury hailed various decisions of the government to reform and upgrade the TV channels. He said the owners of TV channels want TRP to be held through Bangabandhu Satellite.

“We will resolve all pending issues relating to TV channels in consultation with the government authorities concerned. Information and Broadcasting Minister Dr Hasan Mahmud assured us of necessary support,” he said.

He said viewers, owners and other stakeholders will benefit from digitization of TV channels likely to be completed within one year.