The death toll from last week’s tragic boat accident in the Padma river rose to five with the recovery of another child’s body on Monday.

The body of missing Brishti Khatun,8, daughter of Harunur Rashid of of Bish Rossia village in Panka union of Shibganj upazila was recovered from barrier dam-8 area of the river.

Officer-in-Charge of Shibganj police station, Asaduzzaman said family members of the child spotted the body in the morning and recovered it from the river.

The body was buried without an autopsy according to the family’s request, he said.

The tragedy occurred on September 29, afternoon when the boat carrying 47 people sank in the Padma river off the coast of Laxmipur in Shibganj.

The other five deceased were identified as Nilufar Begum, 62, wife of Khairul Islam of Bish Rossia village in Panka union of Shibganj upazila, and her grandchildren Maisha, 5, and Asmaul 7, children of Babu Ali, and Daisy Begum,35, wife of Harunur Rashid, Bish Rossia village

The boat was heading towards Bishrashia from Boglauri of Shibganj upazila. 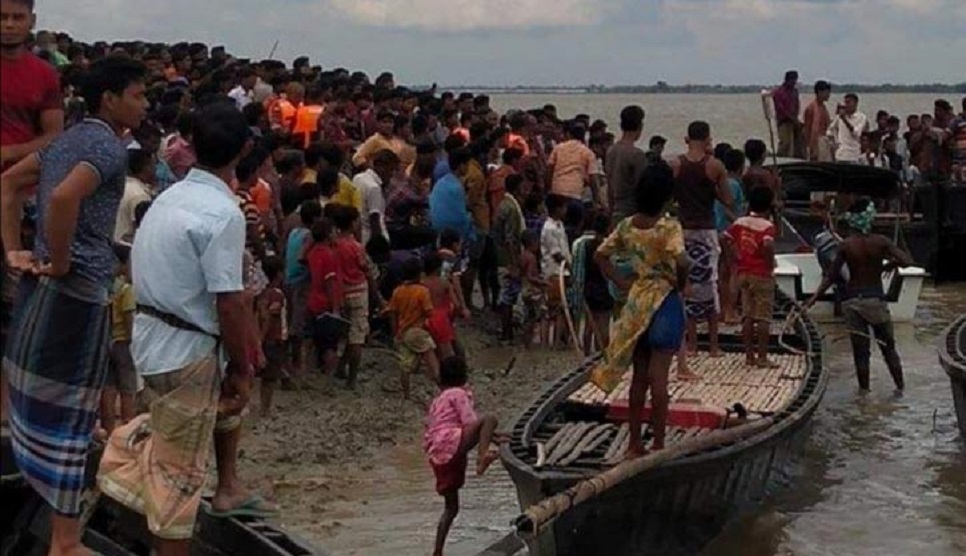