A medium-range flood may occur in the northern, north-western and north-central regions of the country in the first week of September.

Meanwhile, the current flood situation has deteriorated in the central and south-western regions due to heavy rainfall and upstream water from India.

Several thousand people living in the low-lying areas are leading a miserable life as the deluge has damaged their cropland and washed away houses, cattle and other valuables.

Some villagers have been evacuated from several flood-hit areas while many others remain stranded. Shortages of pure drinking water and food intensified the suffering of the marooned people.

People living in the low-lying areas of Kurigram, Rangpur, Sirajganj, Pabna, Kushtia, Manikganj, Rajbari, Faridpur and Shariatpur districts are facing miseries due to the deluge since last week.

The erosion of the rivers took serious turns while a large number of trees and crops on a vast tract of land were engulfed into the rivers by strong currents.

Jamuna River at Aricha points, Atrai at Baghabari, Padma at Goalundo and Sureswar , Dhaleswari at Elasin, Meghna at Chandpur, Rupsha at Khulna, Passur at Mongla, Batna at Kolaura and Gorai at Kamarkhali points were flowing above danger level on Wednesday, according to Flood Forecasting and Warning Center (FFWC).

“The Brahmaputra and Jamuna rivers are in a rising trend and the Padma is steady.  Major rivers in the north-eastern part of the country are steady, which may rise in the next 24 hours,” said Arifuzzaman Bhuiyan, executive engineer of Flood Forecasting and Warning Center (FFWC).

The flood situation in low-lying areas of Tangail, Pabna, Manikganj, Rajbari, Faridpur and Shariatpur districts may remain steady in the next 24 hours, he said.

The Jamuna River at Sirajganj and Mathura Point, the Teesta River at Dalia point and the Dharla River at Kurigram point may cross the danger level in the next 24-48 hours, he added.

There is a chance of medium to heavy rainfall in the northern and north-eastern region of the country along with places of adjoining Sub-Himalayan West Bangal, Assam and Meghalaya states of India in the next 48 hours. As a result, the water levels of Punarbhaba, Kulikh, Tangon, Upper Karatoa, Upper Atrai, Teesta, Dharala, Dudhkumar, Brahmaputra and the major rivers in the upper Meghna basin may rise rapidly at the times during this period.

In a long-range forecast, the FFWC said water of Teesta and Dharala River may exceed danger level at places at the end of August, which may create a medium-range flood in Lalmonirhat, Nilphamari, Rangpur and Kurigram district.

Flood situation in the central Pabna, Manikganj, Rajbari, Faridpur, and Dhariatpur districts may deteriorate and spread more fresh in Munshiganj, Chandpur and Madaripur districts in the next two weeks, said FFWC.

Flood-affected people took shelter on high lands and embankments as their houses were inundated due to flood water. Locals apprehended an outbreak of diarrhoea and other waterborne diseases. The flood-affected people are suffering much due to a lack of adequate relief.

River erosion has taken a serious turn at places especially in the northern and central regions. Meanwhile, a large number of trees, houses, schools, colleges, mosques, other establishments and crops on a vast tract of land were washed away by floodwaters and strong currents.

River erosion has taken a serious turn in Dhunat in Bogra, Gaibandha, Jamalpur, Sirajganj, Faridpur and some other areas. 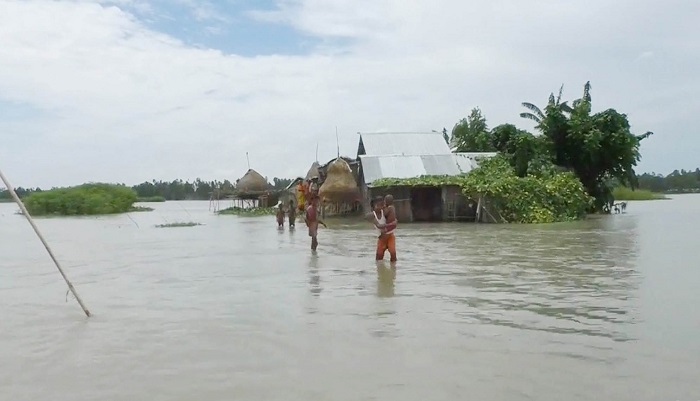 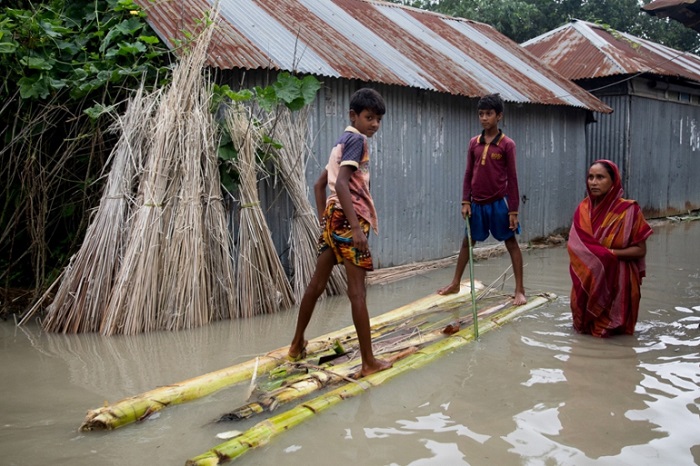 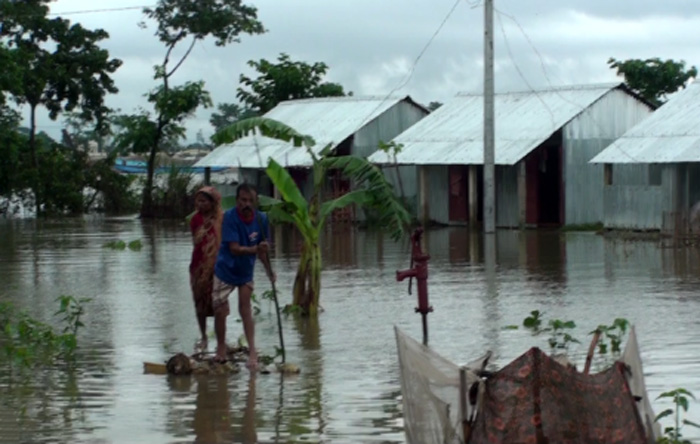 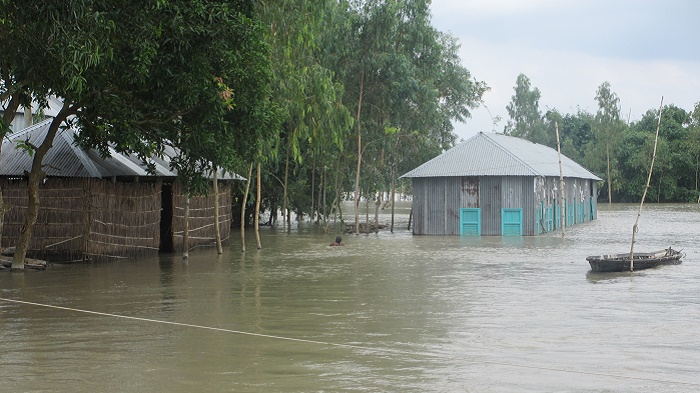 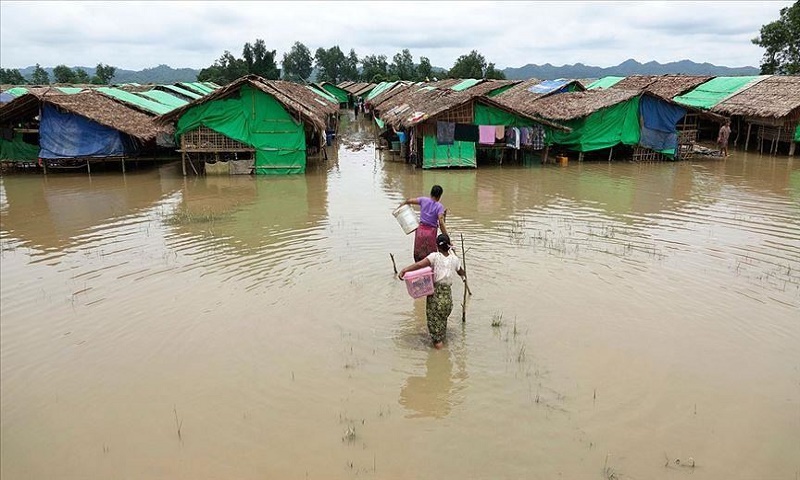 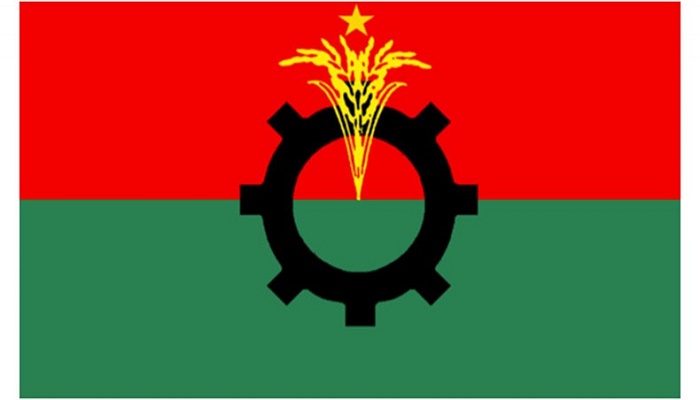 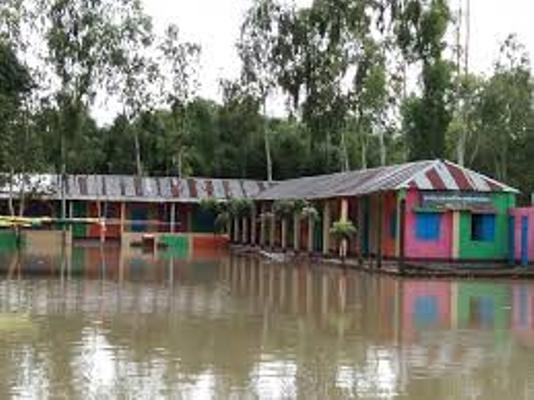