In the first T20I against Australia after five years, which is the first of the five-match series as well, Bangladesh posted 131 for six wickets in 20 overs on Tuesday at Sher-e-Bangla National Cricket Stadium.

Australia  won the toss and opted to bat first. Mohammad Naim and Soumya Sarkar opened the innings for the hosts.

Bangladesh lost the first wickets in the fourth over when Josh Hazlewood removed Soumay in a rear fashion. The ball was outside off-stump, and Soumya went to play a late cut, but he only managed an edge to the stumps.

Naim fell for 30 off 29 balls with two fours and two sixes. He started well hitting Mitchell Starc for a six off the second ball of the innings. But the left-hander couldn’t continue to do well.

Bangladesh got their biggest partnership at the third wicket stand when Shakib Al Hasan and Mahmudullah Riyad added 36 runs.

Mahmudullah was struggling at the wicket which seemingly created pressure on the Bangladesh captain, and he tried to play too many shots. Right after hitting a six, Mahmudullah fell prey to Hazlewood as Moises Henriques took a superb catch.

Afif Hossain scored 23 off 17 and helped the Tigers passed the 130-run mark. Bangladesh eventually ended up on 131 for six in 20 overs.

France recalls ambassadors to Australia, US 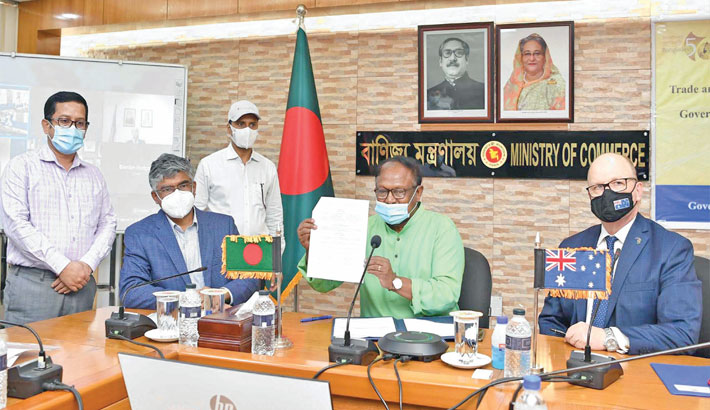