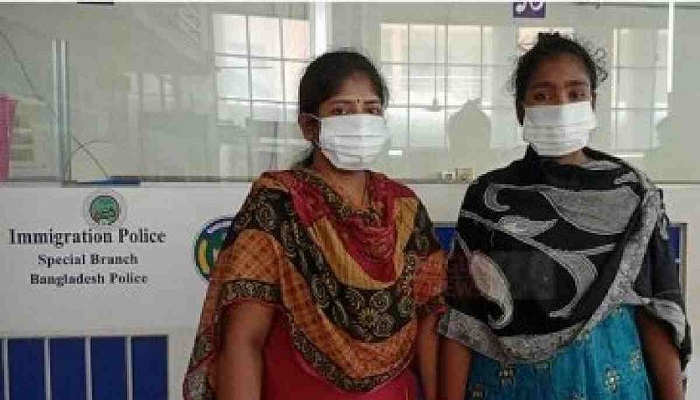 Indian authorities on Wednesday sent back two Bangladeshi women, who were trafficked to the country, through the Benapole border.

The two women have been identified as Moushumi Khatun, 24, and Mariam Khatun, 25, residents of Sirajganj and Jashore districts, respectively.

India’s Petrapole immigration authorities handed over the two women to their counterparts in Benapole this morning.

Office-bearers of ‘Justice and Care’, an NGO in Jashore, Shaoli Sultana, said, "Moushumi and Mariam went to India’s Mumbai illegally with the hope of grabbing well-paid jobs but ended up getting risky jobs there."

Tipped off, Indian cops arrested them and an NGO subsequently kept them at its shelter home, she said.

The Indian police sent the women back to Bangladesh on travel permits following exchange of letters at Home Ministry level, said Shaoli.

Officer-in-Charge of Benapole immigration police said that after the immigration formalities, the two women were sent to the Benapole hotel to undergo the mandatory 14-day institutional quarantine.