The abandoned airport terminal where everything still works

"The first thing you notice about New Orleans are the burying grounds -- the cemeteries -- one of the best things there are here" wrote Bob Dylan in his 2004 book "Chronicles: Volume One."

"Going by, you try to be as quiet as possible, better to let them sleep... The past doesn't pass away so quickly here."

The legendary American folksinger wasn't thinking about the virtually abandoned airport terminal at New Orleans Louis Armstrong International (MSY), but his words certainly are apposite. While not dead yet, the old MSY is currently stuck in quiet purgatory.

In November 2019, just months before the Covid pandemic swept the world, New Orleans inaugurated its gleaming new $1.3 billion airport terminal, which speaks more to where the Crescent City, then celebrating its Tricentennial, was headed for the next 300 years than wallowing in its past.

Architecturally speaking, the ultramodern César Pelli-designed terminal is an international gateway that might look more at home in Bahrain than the Bayou.

In its 20 months in operation, the new MSY has won praise from passengers and pundits, with USA Today naming it "one of America's three top airports in 2020." This, even after the devastation to the aviation industry wrought by the pandemic.

On the south side of the airfield, "The City That Care Forgot" has all but forgotten its old airline terminal.

It was the bustling location of countless tourists toasting their Mardi Gras trip with one last Hurricane, emotional embraces of reunions and farewells, and late passengers breathlessly running to make their flight. The building's darkest and finest hour was as a shelter and staging area during Hurricane Katrina. Now it lies in repose.

On its final day of operations on November 5, 2019, nearly 15,000 people flowed through its doors. As the last flight out neared, New Orleans laissez le bon temps rouler one last time, sending the tired 61-year-old edifice off in style with a traditional jazz funeral second line parading throughout the terminal.

As is tradition, when the deceased is laid to rest -- or "the body is cut loose" -- the mourners cut loose too. 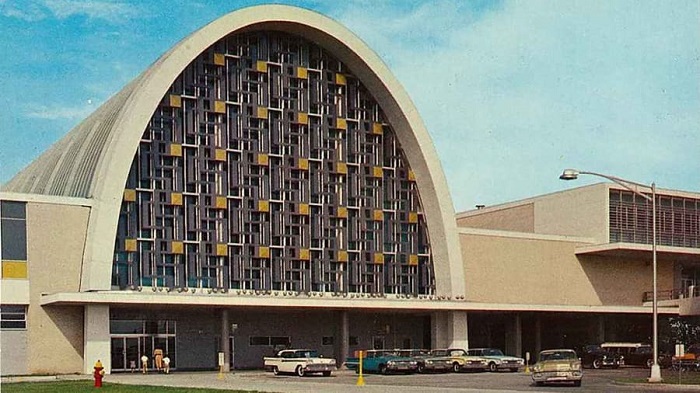 The abandoned airport terminal where everything still works