France to work with Bangladesh in blue economy, maritime security and defense 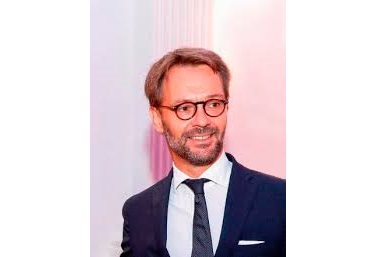 France will continue its cooperation with Bangladesh in the fields of environment, energy and transport and opened new areas of work such as blue economy, maritime security and defense.

“I look forward to work with you in order to prepare for the future: building resilience, adapting to the changing global environment, seizing new opportunities,” said Ambassador of France to Bangladesh Jean-Marin SCHUH.

In a message on the eve of Bastille Day on July 14, the French National Day, he said they celebrate once again the anniversary of the storming of the Bastille, the prison in which the kings of France incarcerated whoever they wanted, whenever they wanted, for as long as they wanted.

“Bangladesh is a country where these words have also a deep resonance and a profound meaning. Both our countries are strongly attached to these ideals,” Ambassador Jean-Marin SCHUH said.

This year, just like last year, as the lives of everyone around the world have forever been changed by the pandemic, these values make even more sense, he said adding that he want to stress the importance of those carrying essential roles, those at the frontline of the fight against the virus.

He said the health care workers, in France, in Bangladesh, and everywhere in the world, put themselves at risk to save everybody else’s lives.

In this regard, he said the pandemic calls for a strong coordinated international response, recognizing extensive immunization as a global public good that must be available and affordable for all. “With each person vaccinated, we move closer to the day when people can meet each other, hug each other, and celebrate again.”

Referring to celebration of birth centenary of the Father of the Nation Bangabandhu Sheikh Mujibur rahman and golden jubilee of independence of Bangladesh, he recalled the warm friendship that has existed between the France and Bangladesh and their leaders, ever since the Liberation War in 1971, when André Malraux supported the fight led by Sheikh Mujibur Rahman.

The France envoy said the success of our cooperation in the fields of environment, energy and transport but also in culture and education has strengthened the common vision and opened new areas of work such as blue economy, maritime security and defense.

On France support, the Ambassador said a Grant Financing Agreement of 12 million euros was signed between the French Development Agency and the Government of Bangladesh to support advanced digital solutions in the power and energy sector in Bangladesh in June.

Through this project, he said some 1,141,000 people will benefit from a significant improvement in the quality of electricity service. It will also prevent an accumulated 104,000 tons of CO2 emissions per year, thereby contributing to Bangladesh’s climate goals. Another agreement, aimed at supporting the national vaccination campaign, will be signed soon, said the France Ambassador.

Welcoming the important efforts Bangladesh is making to provide the best assistance for the Rohingya populations who have taken refuge in Bangladesh, he said France will continue to mobilize the international community to allow them a voluntary, safe, dignified and sustainable return to Myanmar, their country of origin.

He assured that he will continue to play an active part to further strengthen the friendly relations between the two countries.

“I wish every success to Bangladesh and its people. We have all endured a challenging year. But alongside the suffering and the loss, we have seen immense compassion, care, and courage. We have seen the world’s best scientists come together to deliver treatments, vaccines, and hope at an extraordinary pace,” Ambassador Jean-Marin SCHUH said.

He concluded his message with the citation of poet Rabindranath Tagore “O amar desher mati, tomar pore thekai matha [Oh my native soil, I bow my head to you).