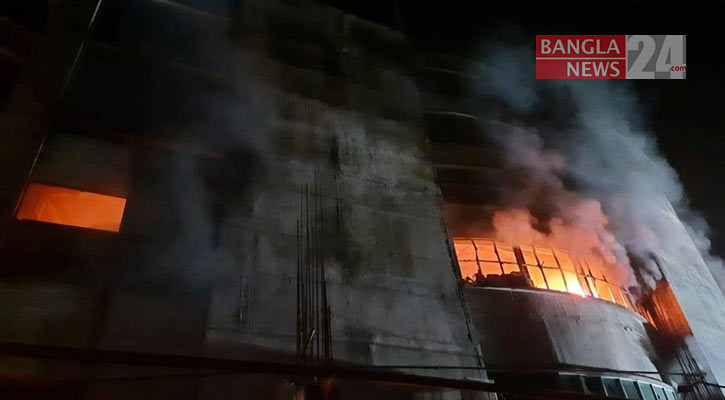 At least two workers died and 26 others were injured as a massive fire broke out at Shezan Juice Factory of Hashem Foods Ltd in Bhulta Karnagop area of Rupganj in Narayanganj on Thursday.

The deceased were identified as Mina Akter, 40 and Shapna Rani.

The fire broke out at the 7-story building around 5 pm Thursday and 11 units of Fire services are still struggling to contain it, said a duty officer at Rupganj fire service and civil defense station.

Duty doctor of US Bangla Medical College Md Shahadat Hossain confirmed the deaths of two workers to the UNB reporter.

The number of injuries and deaths may rise as at least seven to eight thousand workers were working inside the factory, according to the workers.